Hong Kong driver Jim Ka To is gearing up for his debut in the WTCR – FIA World Touring Car Cup presented by OSCARO later this month. He is set to contest WTCR JVCKENWOOD Race of Japan at Suzuka from 25-27 October driving a Honda Civic Type R TCR entered under the KC Motorgroup banner. KC Motorgroup owns and operates the Honda-powered KCMG WTCR / OSCARO team which has guided Tiago Monteiro to a race win and team-mate Attila Tassi to a DHL Pole Position this season. However, the two outfits will compete as separate entities. “I’m very happy to have a chance to represent KC Motorgroup and to compete in the WTCR,” said Jim Ka To. “I will try my best to get good results.” Paul Ip, the founder of KC Motorgroup, said: “We’re excited to see Jim Ka To behind the wheel of the Honda Civic Type R TCR for his World Touring Car Cup debut. We have had a very strong season with the car in Super Taikyu and TCR Japan, so we look forward to seeing how Jim does.” Jim Ka To, the 2008 Formula Renault Asian Challenge champion, helped KCMG score a podium finish on its Super Taikyu series debut at Suzuka earlier this year. He was also part of KC Motorgroup’s 2013 FIA World Endurance Championship LMP2 line-up for the opening round at Silverstone in the UK. Following success in the TCR Europe teams’ title battle with Honda, Hong Kong-based KCMG showed strong pace in January’s Dubai 24 Hours. It has won races in the new-for-2019 TCR Japan Touring Car Series and claimed podiums in Super Taikyu, the Japanese endurance category. 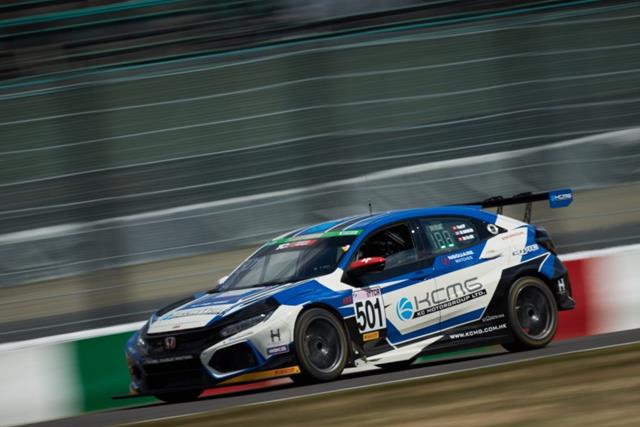