The P Zero Pink hypersoft made its Abu Dhabi Grand Prix debut in competition, although this is the only circuit where the drivers have tested the softest compound before racing it (at the final official test last year). There were some very close gaps between the frontrunners – with three-tenths covering the top six in FP2 – at a circuit that was already reasonably rubbered-in following regular use during the year. Mercedes driver Valtteri Bottas set fastest time of the day in FP2 on the hypersoft, despite some front graining throughout the field on this compound, while it was a Red Bull one-two in FP1. The second session was the only one to be representative of qualifying and the race, with track temperatures falling quickly as sundown turned into night.

MARIO ISOLA - HEAD OF CAR RACING “With the considerable performance gap of more than a second between the hypersoft and ultrasoft, we’re likely to see most drivers go through Q2 on the pink tyre tomorrow, as it’s a viable race tyre as well. This is a slightly bigger gap than we expected, while the gap of around 0.3 seconds between ultrasoft and supersoft is more in line with our expectations. Beyond that, there were no real surprises today, with the teams concentrating their work on the representative conditions of FP2. The gaps seem really close, so the teams will be studying the data carefully in order to see how strategy can make a difference. Overtaking is never especially easy here, so qualifying will be particularly important.”


MOST LAPS BY COMPOUND SO FAR


TYRE STATISTICS OF THE DAY 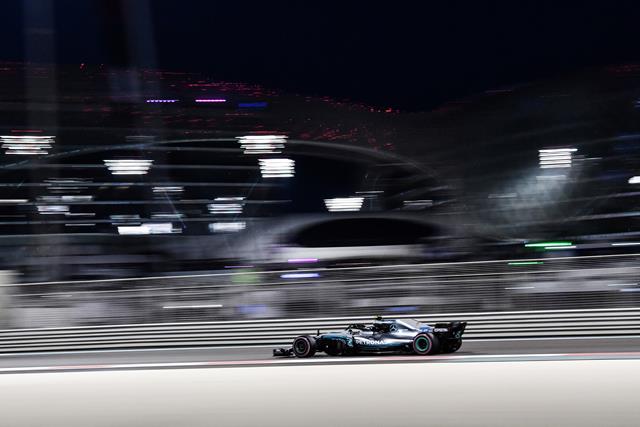