Lewis Hamilton led home a Mercedes one-two following a dramatic weekend, taking the lead in the closing stages of the race after Ferrari’s polesitter Charles Leclerc hit problems. The top three all used different two-stop strategies, in a thrilling race that was characterised by plenty of tactical variation, with high levels of tyre degradation.

“As Lewis Hamilton said, Charles Leclerc deserved to win today and his problems were part of a truly dramatic and unpredictable grand prix, in which tyre strategy played a key part. Both Ferrari and Mercedes timed their stops to try and undercut each other, but Leclerc’s performance advantage meant that he was able to make his second stop without losing the lead. There was an ample range of strategies: in fact, only two teams ran exactly the same strategies for both their drivers. Outside the immediate frontrunners there were also some stand-out performances from drivers such as Lando Norris, who scored his first points for McLaren.” 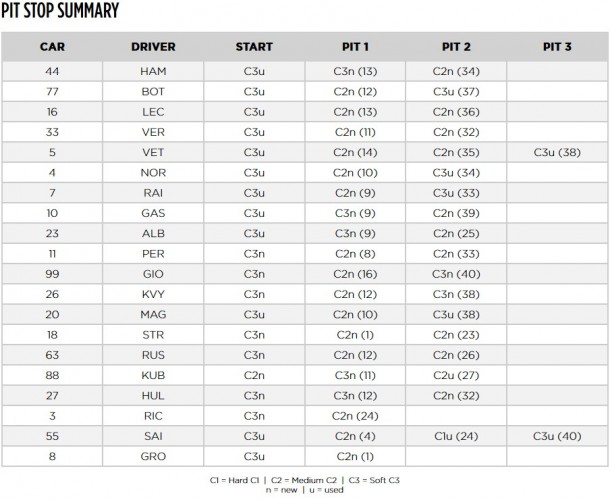 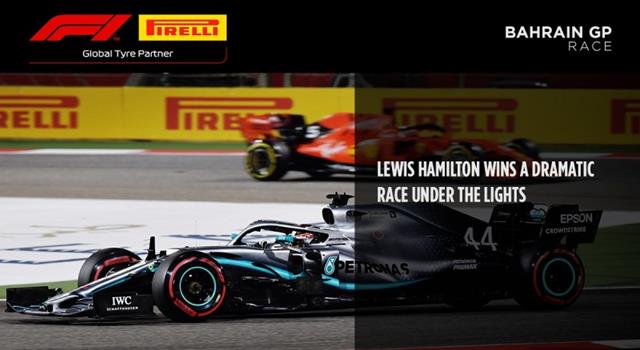