Lewis Hamilton continued a record-breaking run for Mercedes by taking another win ahead of his team mate. The race looked set to be a combination of one and two stop strategies, but in the end this was influenced by a late safety car, giving the frontrunners a ‘free’ pit stop.

“The safety car close to the end was the pivotal moment in the race when it came to tyre strategy, effectively ensuring that everyone did a two-stopper, and resetting the gaps so that there was a short sprint to the finish. From the start of the race, it seemed likely we would see a variety of one and two stop strategies, with all three compounds in play. In the end, it probably would have been quite tricky to one-stop, as there was some degree of wear on the soft and medium, at this very severe circuit in terms of energy loadings. Now we remain in Barcelona for the in-season test on Tuesday and Wednesday, when Ferrari and Racing Point will be fielding an additional car for us to test 2020 prototype tyres.” 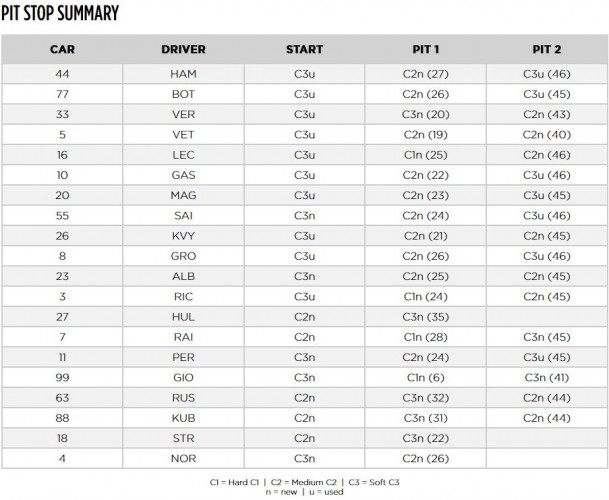 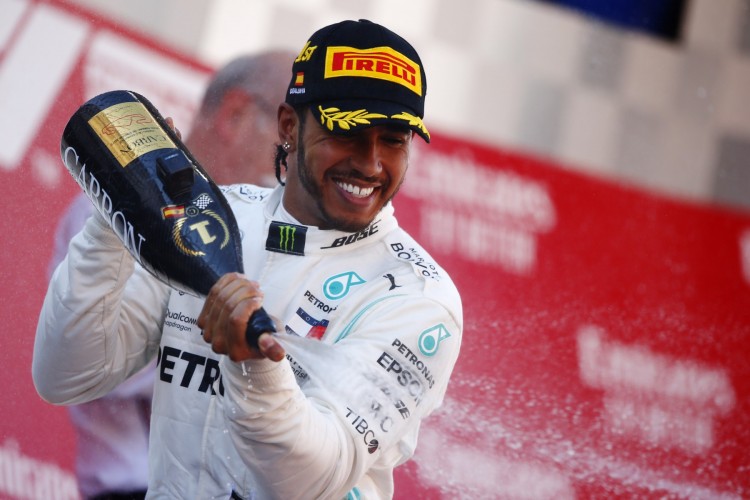