Monaco is an anomaly on the Formula 1 calendar – but it is also the most famous race of the year. Its origins from the 1920s are evident, with a slow and narrow track that twists through the centre of the principality, with the famous barriers leave no mistakes unpunished. As usual, Pirelli is bringing the three softest compounds to Monaco, with the C3 being the P Zero White hard, the C4 being the P Zero Yellow medium, and the C5 being the P Zero Red soft.

"Unsurprisingly, we’re bringing our softest tyres to Monaco, with the C5 being broadly equivalent to last year’s hypersoft but designed to have less graining in cooler temperatures and to give a greater possibility for the drivers to push hard from the start to the finish of each stint. This means that not as much tyre management is needed as for the 2018 hypersoft, but its excellent performance is still maintained – so we could be in for a fast race, especially compared to last year. Monaco is like nowhere else, but it’s a grand prix where every strategic opportunity has to be grasped, especially if there is a safety car. With overtaking practically impossible – as Daniel Ricciardo proved by winning from pole despite a significant technical problem last year – the time gained and lost in the pits is crucial". 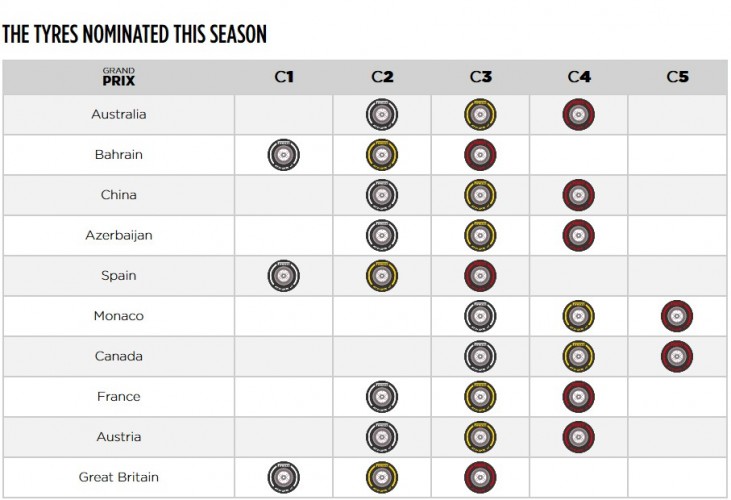 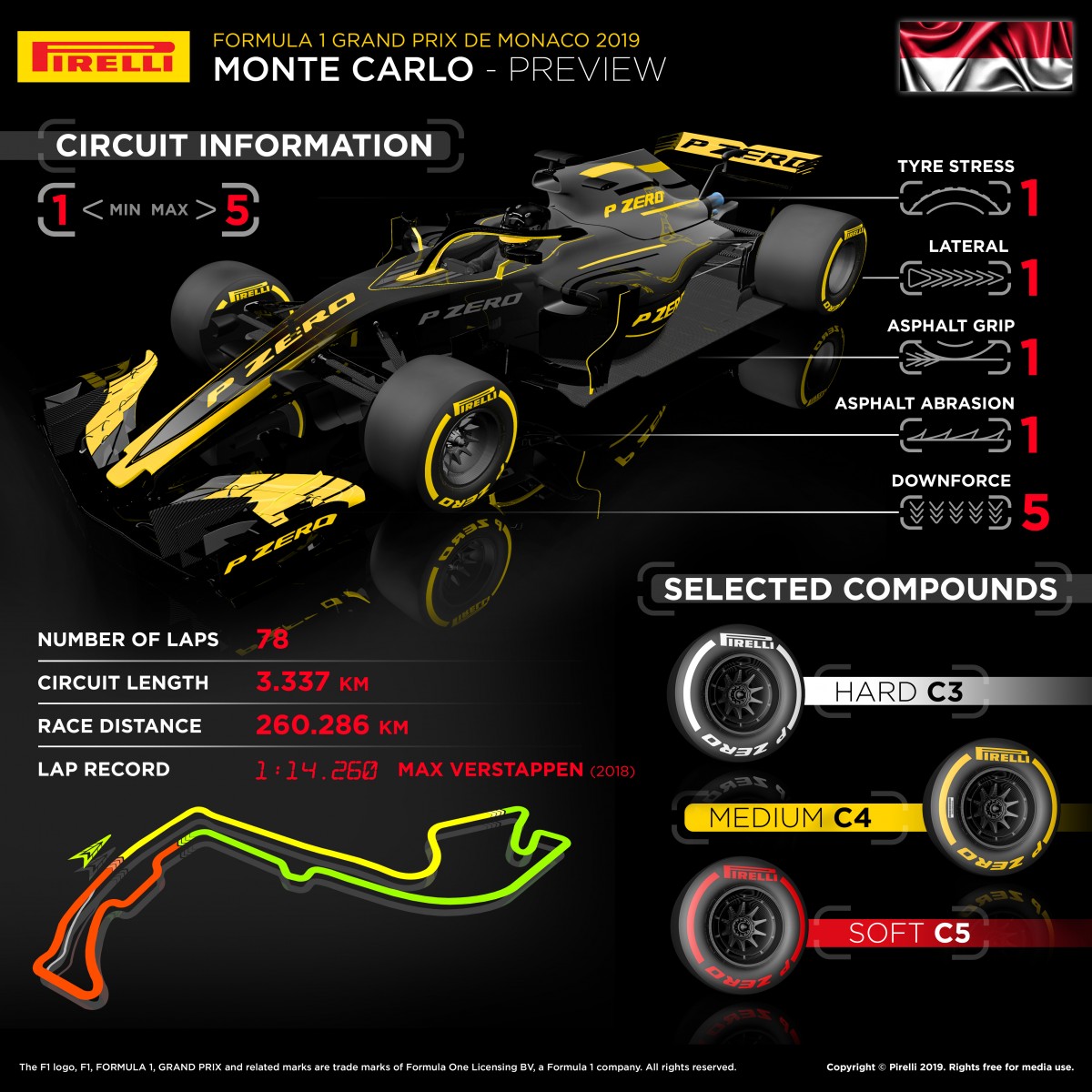 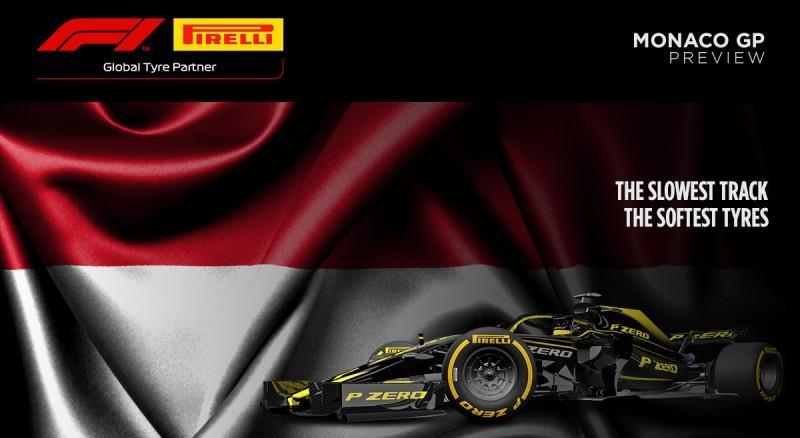