The Pirelli-sponsored French Grand Prix was held in track temperatures that peaked at 54 degrees centigrade: some of the hottest seen all year. In these extreme conditions, most drivers adopted the same one-stop medium-hard strategy, used by six out of the top seven drivers. Ferrari’s Sebastian Vettel, fifth at the flag, converted to a two-stop strategy in order to take the extra point for fastest lap at the end with the soft tyre.

"The French Grand Prix was a demonstration of the impressive way that all the cars have gained speed compared to last year, in track temperatures that were among the hottest that we have raced in. Nonetheless, the majority of drivers stopped only once, with the medium-hard strategy that we predicted as fastest proving to be the most popular choice. The tyres stood up well to what were extremely challenging conditions, not just because of the high temperatures but also because of the extensive track evolution over the course of the weekend. Now we head straight to Spielberg in Austria for the first back-to-back race of the season." 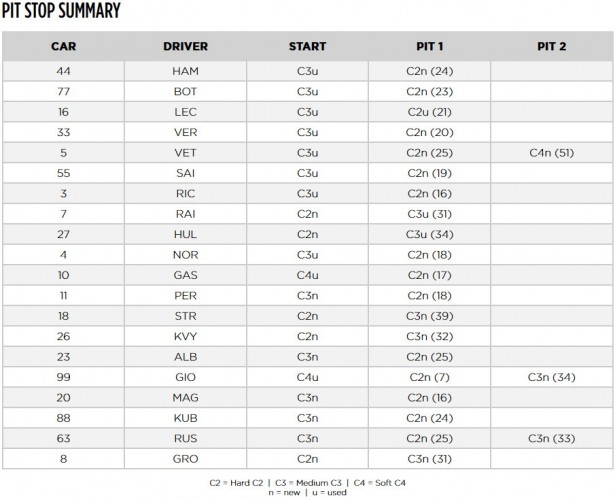 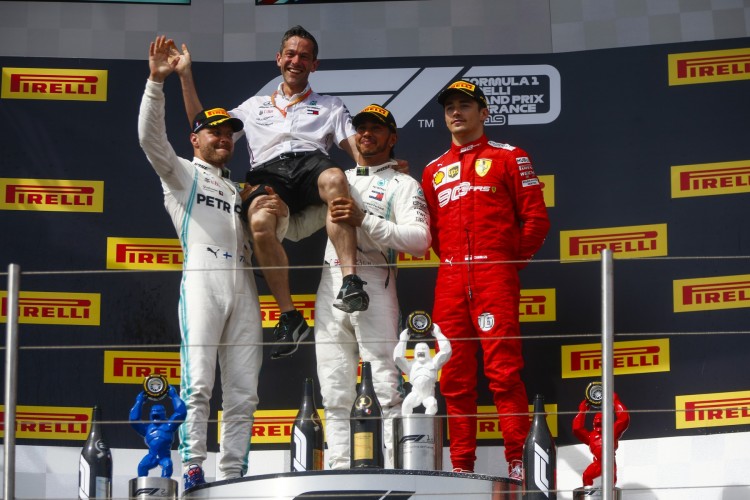