In the space of less than a week, we go directly from one of the longer laps on the F1 calendar (in France) to the shortest, in terms of overall lap time, in Austria: the first back-to-back of the season. One laps of the Red Bull Ring takes only just over a minute to cover, and with the fastest-ever lap there set in qualifying last year (1m03.130s) we could see the benchmark lowered even further this weekend. Pirelli is bringing the C2 as the white hard tyre, C3 as the yellow medium, and C4 as the red soft choice in Austria.

"Like last year, we have exactly the same nomination for Austria as we had for France, with the races again separated by only one week, at the same time of year. The difference is that the 2019 compounds are more evenly spaced, which should encourage more varied pit stop strategies and better racing. Austria is an unusual track, with lots of blind corners and unpredictable elements such as weather and traffic. This means that plenty of confidence, as well as exactly the right set-up, is needed to get the best out of the tyres on this short track and maximise all the different opportunities that present themselves; also in terms of strategy. Spielberg is a circuit where we have always had some blisters in the past; we are confident that we will see a difference this weekend with the 2019-specification tyre". 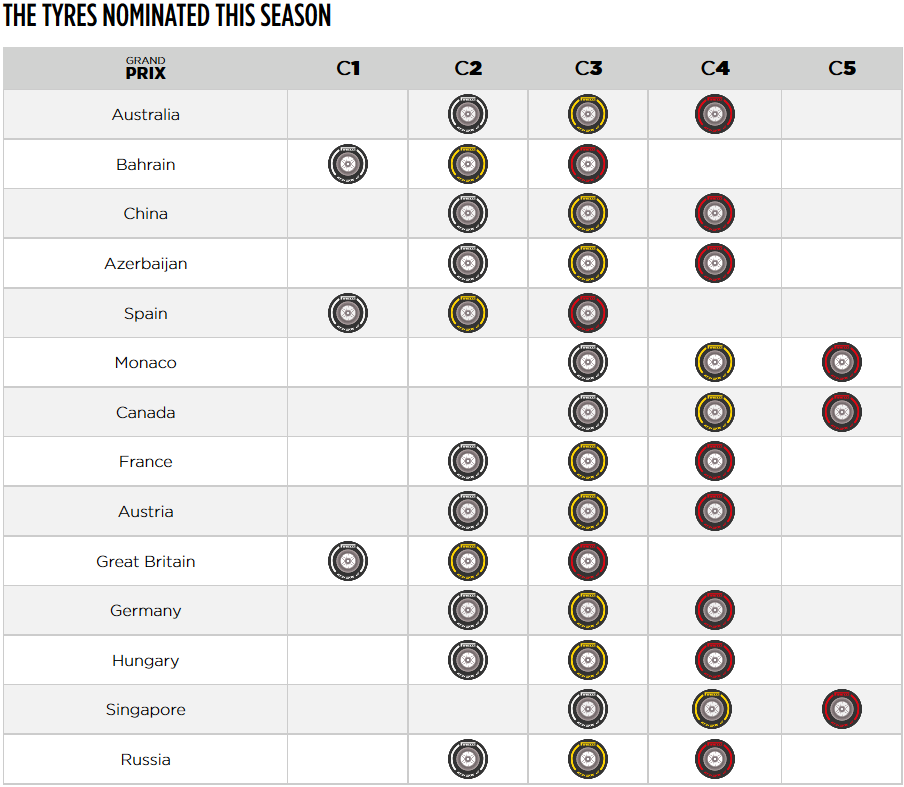 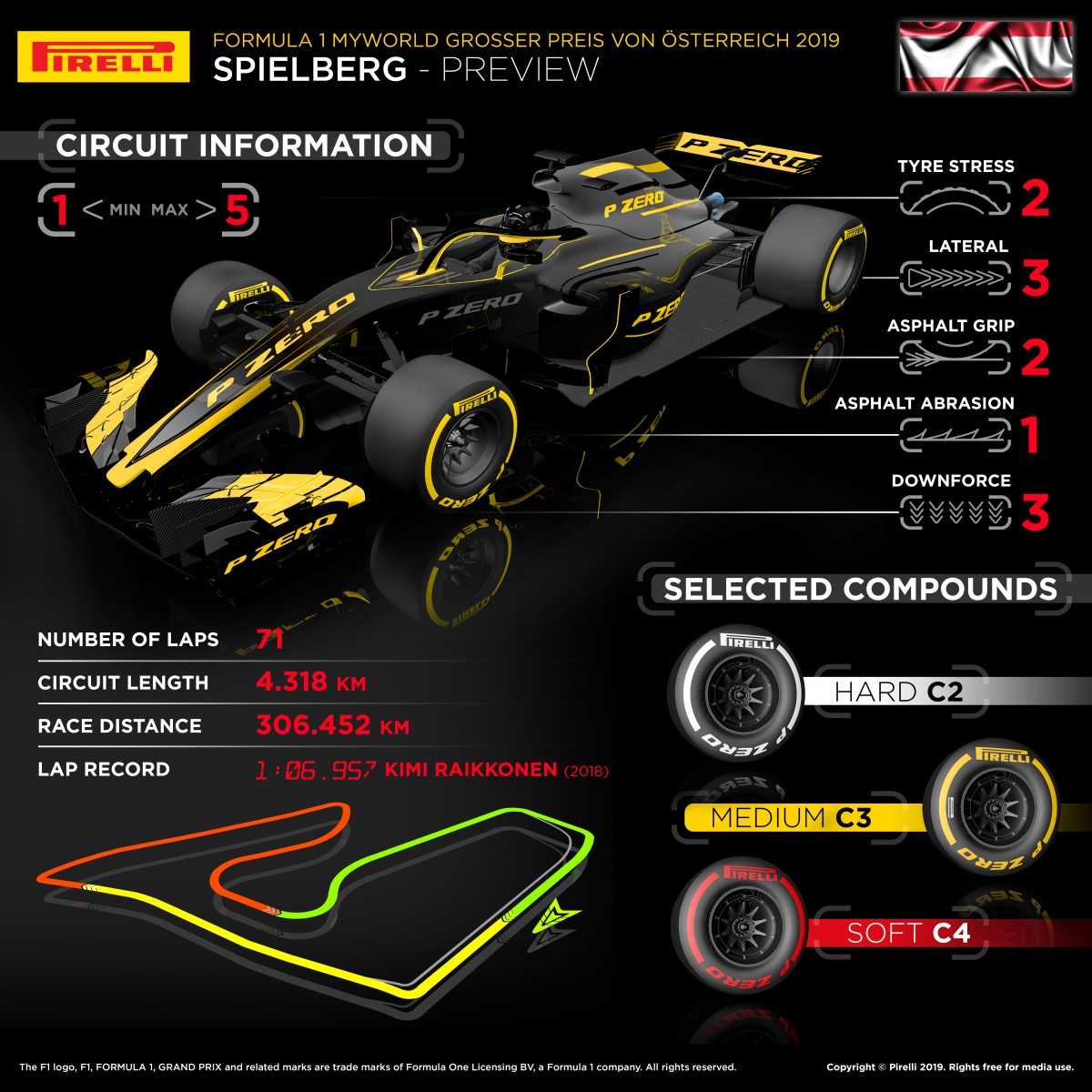