What’s coming?
The first long haul and the first street circuit of the season. It’s Canada. And yes, for the 14th time in 16 races, PSRX Volkswagen Sweden is looking to bring home the bacon. Sorry, best get the Canadian bacon line in early…

The journey to the Circuit Trois-Rivières in the Quebec town of Trois-Rivières also marks the start of the season’s second half. We go there with Johan 40 points clear in the drivers’ championship and PSRX Volkswagen Sweden 45 ahead in the teams’ standings; we go there happy, but aware that Canada can make a Goose out of anybody (other clothing brands are available).

Johan and Petter tested the Volkswagen Motorsport Polo R Supercar in Latvia earlier this month and both arrive on the Atlantic’s far side looking to beat the streets and secure a second win at World RX of Canada.

Seriously. Hollywood heads to Houston’s world-famous Space Centre to find out about life on Mars. He’s on a mission to control round seven…

Pernilla, logistically, how much of a challenge is this first event outside of Europe?
PSRX Volkswagen Sweden team principal Pernilla Solberg
“The second half of the season is generally more complicated than the first half. After six races in Europe – the last two of which were in Norway and Sweden and really quite close to the team’s base in Torsby – two trips to North America and one to South Africa in the next six definitely involve a bit more planning.

“Our freight left for Canada the day after the last round in Sweden, literally, we packed everything down on Sunday night and on Monday morning it had to be in the container, on the truck and heading for the boat. So much of this side of the job is in the planning – and I’m not just talking about making sure you’ve got the right bits in the right place at the right time, but also planning for the best and worst-case scenarios. You have to think of everything – once that door’s shut and the container’s away, it’s too late…

“Canada’s slightly different to the other events, the schedule tends to be a bit more compact and runs later into the evening. It’s always a place with a  great atmosphere and the people are lovely; it’s an event which always seems to have a bit of a holiday feel about it – Petter, Oliver and I like to take a few days break here, it’s such a fantastic part of the world.”

Johan, 40 points up going into the second half. What are your thoughts?
Johan Kristoffersson, defending FIA World Rallycross Champion
“Nothing changes. The feeling is the same for me like it is at every race: I start again from zero. I go to Canada and I want to score the best points possible. Yes, we have this lead and I’m really happy that the lead is bigger than it was after round six last season, but it doesn’t mean anything. No job is done yet.

“One bad weekend and everything is completely open again.

“The plan is the same: to push as hard as possible and to look to control the weekend as much as possible. I like Canada, it’s a fun place and an interesting track. Driving on a street circuit is always really demanding, there’s zero room to make a mistake. We won here last year and a repeat of that result would be really special for me.

“People have been talking about the potential for beating records [for event victories in a single season – Johan currently has five, the record (his record) stands at seven from last year] but I’m really not thinking about that at all. I know people probably don’t believe me when I say that, but it’s true. OK, you wouldn’t be normal if you didn’t think to it a little bit, but it’s a very small bit. The focus is on the championships, that’s what the season is all about for me and for the team.”

Petter, you’ve been testing, you’re gone up a hill and now you’re going into space?
Petter Solberg, PSRX Volkswagen Sweden team owner/driver and triple FIA world champion
“It’s been a really good time since the last race in Sweden. The test went really well in Riga, we found more small steps with the car that will help us from Canada. Did you see the car at the test? We ran it in all-black livery, it looked so cool – it was black beauty.

“I don’t think there are any big steps forward in development with the Polo R Supercar now, but what we did at the test is try different solutions for the tracks we have coming in the second half of the year, they’re all quite different in their nature and we need to make sure we’ve maximised the potential from the set-up.

“The hillclimb I did a couple of weeks ago – the Norges Råeste Bakkeløp – was fantastic. I was competing against Oliver for the first time and he beat me. He set the new hill record in the [Citroen] Xsara. I was in my [Ford] Escort [RS1800], so I’m not going to get too stressed about him telling me how much quicker he was. I was definitely more fun to watch!

“But the holiday’s over now. It’s time for business again. But just before we get down to business, I will be going to the Space Centre – that will be a lot of fun to have a look at what’s going on in Houston. We have a lot of technology involved in our Polo R Supercar, but I’m hoping NASA will let me into some secrets – be good to make our car even more of a rocket!” 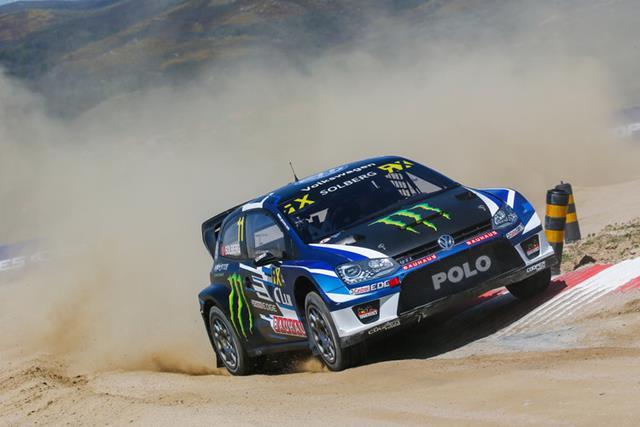