Figures compiled by individual rallies from ticket sales and local authority information reveal an attendance of more than 4.1 million fans across the 13 rounds – a remarkable average of 315,000 for each WRC weekend.

Since WRC Promoter took ownership of the championship’s commercial rights at the start of 2013, attendances have surged from 3.1 million across the same number of rounds – a rise of more than 30 percent.

As in 2017, rallies in Argentina, Portugal and Mexico were again the best-attended, while the traditional season-opening Rallye Monte-Carlo has more than doubled its crowd figure to nearly 200,000 since 2013.

“Indeed, in some countries our rallies have proved to be the biggest annual entertainment event, larger than other sporting competitions and attractions like music festivals and industry fairs.

“Expanding the WRC to 14 rallies and the introduction of Chile to the 2019 championship offers further scope for growth thanks to the great passion for motorsport we see from fans in Latin America.

“Such growing visitor numbers bring big benefits for WRC host cities and countries. The direct income provided to the local economy by national and international visitors is significant,” added Ciesla.

The three-way title fight between Sébastien Ogier, Thierry Neuville and Ott Tänak helped lift airtime to an unprecedented 14,208 hours and an average TV audience of more than 63 million per WRC event.

Despite the adverse impact of February’s winter Olympic Games and football’s World Cup in June and July, 2018 was the second consecutive year in which the WRC’s global TV audience topped 800 million. 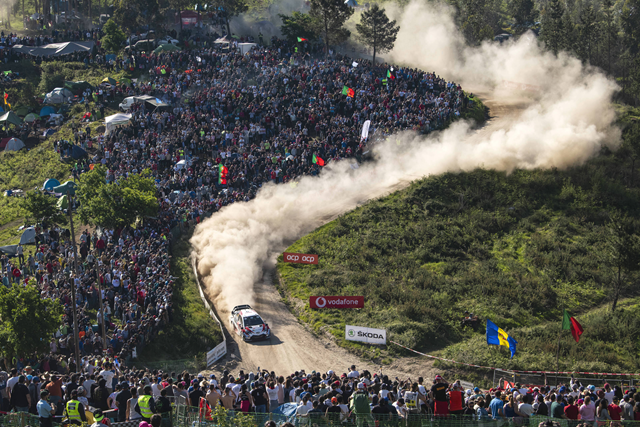