ENTRIES CLOSE FOR PORTUGAL’S SEVENTH ROUND

: Following a small date change for the FIA World Rally Championship (WRC) calendar to accommodate the new Rally Chile in a South American double-header at the end of April and the start of May, the 53rd Vodafone Rally of Portugal is the seventh round of the series this year from May 30th-June 2nd.

That means that entries for the Matosinhos-based bonanza, being organised by the Automóvel Club de Portugal (ACP), opened later than in recent seasons. Competitors now have until Tuesday, April 30th to register their entries with rally officials.

Once again the event will be based at the Exponor Exhibition Centre in Matosinhos, located just 6.5km from Porto’s Francisco Sá Carneiro airport, but the ceremonial start - starting at 19.00hrs on Thursday May 30th - has moved to the Porta Férrea area of the city of Coimbra.

The terrain used on Friday has been changed for 2019 and crews will tackle two loops of the Lousã, Góis and Arganil specials, marking the rally’s return to the centre of the country for the first time since 2001. The Lousada super special stage will also take place on Friday evening and switches from the Thursday evening slot it held in 2018.

Officials have introduced some changes to Saturday’s itinerary with a four-kilometre extension to the start of the Vieira do Minho special and a Gaia street stage that runs for 2.25km on two occasions on Saturday evening. Both the Cabeceiras de Basto and Amarante gravel specials remain unchanged.

The world-renowned Fafe special stage, once again, takes centre stage on Sunday and acts as the points-scoring Power Stage finale. Teams will also tackle the Montim special twice and a single pass through Luilhas.

Valuable support for the rally comes from Vodafone, BP, the North and the Centre of Portugal tourism boards, Škoda and a host of regional municipalities.

Race officials have also confirmed that the Rally Pass, a VIP ticket giving access to exclusive spectator areas, is now available from the rally pass website, www.rally-pass.com, or the event’s official website www.rallydeportugal.pt. Tickets for the Shakedown stage on Thursday morning (May 30th) and the Lousada stage on Friday evening (May 31st) are also available.

The Rally Pass, tickets and official merchandising, as well as all the information regarding the 2019 Vodafone Rally of Portugal, are also available from the event’s Facebook page  (https://www.facebook.com/rallydeportugal). 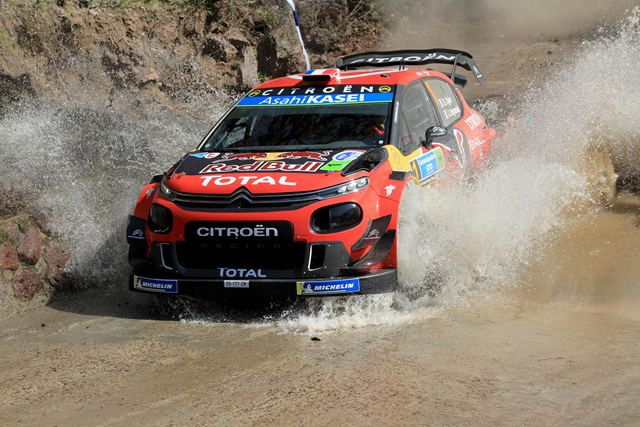