The new WRC 2 Pro category for professional drivers in factory-supported R5 cars is quickly developing into a four-way battle for the inaugural title, as drivers head to this weekend’s 53rd Vodafone Rally of Portugal.

Monte-Carlo category winner Gus Greensmith leads the series by just five points after six rounds, but the young Englishman’s reward for a solid start to the season has been a debut seat in the third official M-Sport Ford World Rally Team Fiesta WRC alongside Elfyn Evans and Teemu Suninen this weekend.

In his absence, the door has been left wide open for the experienced Norwegian Mads Østberg to follow up victories in Sweden and Argentina and a second place in Chile with a win in Portugal that would enable him to top the WRC 2 Pro points’ standings in the Citroën Total World Rally Team’s C3 R5.

The Versailles-built C3 will feature revised rear geometry for the first time in Portugal. Østberg tested for three days recently and was impressed with the handling improvements. Further revisions to the engine and suspension are likely in the future. The Norwegian has a formidable pedigree in Portugal as well – he was the outright winner in 2012 and finished third overall in 2014.

Škoda Motorsport has set its own target and will give the latest version of the new Fabia R5 its WRC debut in Portugal in the hands of Czech Jan Kopecký and his young Finnish team-mate Kalle Rovanperä. The latter is fresh from claiming the category win in Chile a little over two weeks ago and is in a perfect position to close in on the championship lead. The son of former WRC driver Harri Rovanperä currently trails Greensmith by 12 points and Østberg by eight.

Kopecký is the defending WRC 2 Champion and guided the new Fabia R5 Evo to a winning debut at the recent Rally Cesky Krumlov in the Czech Republic. The car features engine performance upgrades, a strengthened body shell and improved roll cage and steering.

Poland’s Lukasz Pieniazek was the early season leader of the category in an M-Sport Ford Fiesta R5, courtesy of wins in Mexico and Corsica, but the decision to miss Copec Rally Chile has pushed the Pole down to third in the championship, a point clear of Rovanperä.

Mexican driver Benito Guerra will have his work cut out to extend the 14-point cushion he currently has in the WRC 2 Championship. A home win and second places in Argentina and Chile have given the Škoda Fabia R5 driver a 61-point title boost, but Portugal has attracted an impressive 22 rivals and all the top names in Portuguese rallying.

Not only will Guerra have to see off title rivals like recent Chile WRC 2 winner Takamoto Katsuta and Norway’s Ole Christian Veiby - who won in Sweden  - but local drivers Ricardo Teodósio, Miguel Barbosa, Armindo Araújo, José Pedro Fontes, Bruno Magalhães and Pedro Meireles will be pushing hard for glory on their home stages.

Katsuta arrives in northern Portugal fresh from dominating last weekend’s Riihimäki Ralli, the latest round of the Finnish Championship.

Several other drivers are more than capable of springing a surprise: Norwegian veteran Henning Solberg will be keen to put his younger rivals to shame on his return to the WRC in a Fabia R5 and Sweden’s Emil Bergkvist, Chile’s Alberto Heller and Finland’s Jari Huttunen highlight the strength in depth in the WRC 2 category. Huttunen drove his Hyundai i20 NG R5 for the first time last weekend and finished second to Katsuta in the Riihimäki Ralli.

Tomorrow is the second day of reconnaissance for competitors. After taking a look at Friday’s specials today (Tuesday), attention switches to the timed tests they will face on Saturday and Sunday.

The recce for Priority 1 drivers begins with their passes through the Vieira do Minho, Caberceiras de Basto and Amarante stages that are in the agenda for Saturday and the recce concludes with checks of Sunday’s Montim, Fafe and Luilhas stages. 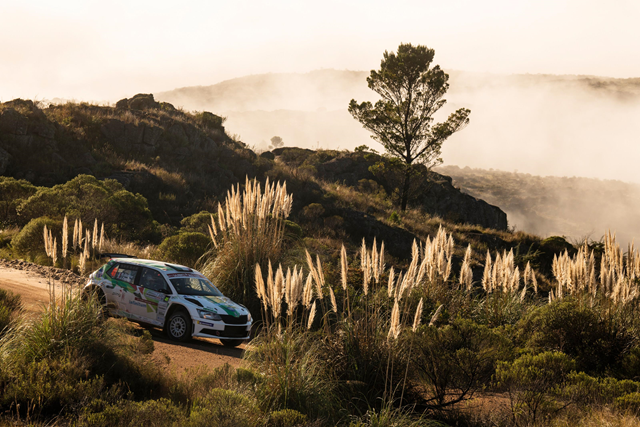 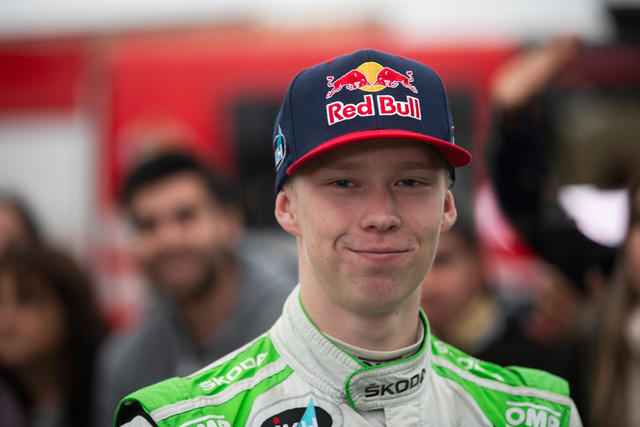