Kenya’s fabled Safari Rally, one of global motorsport’s legendary fixtures, will return to the FIA World Rally Championship in 2020.

The East African event will form the eighth round on 16 - 19 July and marks the beginning of the second half of the 2020 campaign following a mid-season break.

Efforts to return the Safari to the championship have enjoyed strong Government support and President Kenyatta and other ministers attended July’s successful candidate event at which the rally sealed its place in the calendar.

The Safari, which means journey in the Swahili language, was regarded as one of motorsport’s most prestigious and celebrated events of its time, before departing the championship in 2002.

It was notorious for being by far the WRC’s toughest round. Rocky and rutted open-road gravel tracks, unpredictable weather which could transform dry and dusty trails into glutinous mudbaths in minutes and a route three times longer than other rallies created hazards unmatched elsewhere – but also ensured a Safari win was one of motorsport’s most coveted prizes for manufacturers.

The nature of the rally, organised by the WRC Safari Rally Project, a joint venture between the Kenyan Government Sports Ministry and the Kenya Motor Sports Federation, has evolved to fit the modern-day WRC. But its character remains with challenging closed dirt roads, stunning picture-postcard scenery and exotic African wildlife.

“The Safari holds iconic status across East Africa, with fans from countries like Uganda and Tanzania as enthusiastic about the rally as those from Kenya itself,” he said.

“But its return holds as much importance on a global level. Africa’s absence from the WRC for almost two decades has been significant and the championship’s return to the world’s second biggest continent is a landmark achievement in our strategy to further globalise the series.

“The Safari has its own chapter in motorsport’s history and we appreciate the huge commitment the Kenyan Government has made in restoring it to the top table of world rallying, as well as the support from FIA President Jean Todt.

“Its heritage will be recalled by all, but at the same time this is a modern-era Safari that sits comfortably alongside our other 13 rounds. That doesn’t mean its challenge is diminished and we can be sure 2020’s version will test our drivers, teams and cars to the full,” he added.

The Safari was first held in 1953 as a celebration of the coronation of Queen Elizabeth II and covered Kenya, Uganda and Tanganyika (now Tanzania).

The rally will be based in Nairobi with the service park and stages located  near Lakes Naivasha and Elmenteita, north-west of the city in the Great Rift Valley. 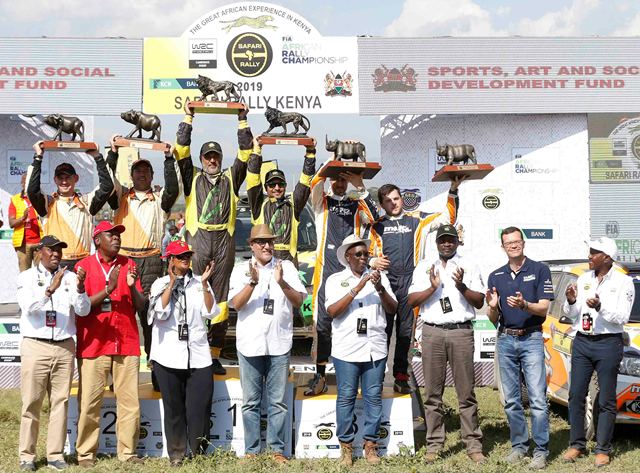