Emil Frey Racing has signed its first 1-2 this season (and in the GT Open), as Norbert Siedler-Mikaël Grenier, starting from the pole, won Race 2 today at Hockenheim, ahead of team mates albert Costa-Giacomo Altoè, in a great exhibition of the Swiss Lambos. The two pairs are now leading the overall standings, with Costa-Altoè ahead of 7 points.
On the podium too, excellent third , the Optimum Motorsport Aston Martin of Ollie Wilkinson and Darren Turner, with the young ‘Wilko’ resisting the final assaults of Miguel Ramos (SPS Mercedes) and Martin Kodrić. Close fight in Pro-Am also, with final victory for the HTP/Winward Mercedes of Russell Ward-Indy Dontje, while Martin Konrad-Alex Hrachowina (HTP Mercedes) signed a fourth success in Am.
THE RACE – Norbert Sideler (who signed the pole by a mere 0s005) takes the lead at the start ahead of team mate Altoè, while Chaves, Turner, Cheever and Crestani fight hard for 3rd and are in that order of the end of lap 1. Follow Giammaria, Pohler, Ling and Leo, while Roda stops in the pits after one lap.
Positions stabilize, as Siedler pulls away at fast pace, building a 3-second gap by lap 5. Konrad, leader in the Am, climbs up to 11th overall. The race stays intense, with close gaps but almost no positions’ changes until the pit stop window opens, in lap 16, with Saravia, Cameron, Ward, Habul, Hahn and Pierburg. Hahn has a contact with Lenz and the Brazilian will receive a 5-second penalty.
After all changes (lap 22), Grenier leads with 6 seconds on Wilkinson, 7 on Costa and 8 on Kodrić. Follow, not far, Ramos, De Marco, Liang, and the three top ProAm runners, Froggatt, Schandorff and Dontje, son joined also by Liang, Battle is fierce for 2nd and Costa passes Wilkinson in lap 25, trying then to reduce the gap on Grenier, but with no much success.

In lap 29, Kodrić attempts passing Wilkinson but goes wide and loses a position to Ramos.   Costa closes the gap to Grenier, who suffers some tire degradation but the Canadian holds the fort until the end. In Am, Hrachowina wins ahead of Cipriani and Silva.
A note of praise is due to the crews of Antonelli Motorsport and Ratón by Target, who after working all night, were able to rebuild their cars heavily damaged in yesterday’s collision. 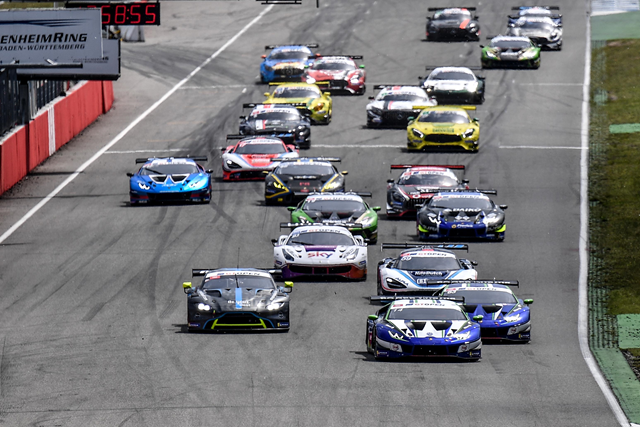