BMW Team Teo Martín took its first win of the season today at the Circuit Paul Ricard in a very entertaining Race 1, which ended behind the safety-car because of a sudden shower in the final laps. The rain did not change the course of events, as Fran Rueda and Andrés Saravia had dominated the race since the start with their BMW M6. Excellent second was the Ombra Racing Lambo of Damiano Fioravanti-Fernando Rees, ahead of Marco Cioci-Mikkel Mac (Luzich Racing Ferrari), with the Dane reinforcing his championship leader.

Valentin Pierburg-Tom Onslow Cole, on their silver Mercedes, gave SPS Performance its second Pro-Am success of the season, ahead of Rugolo-West (Luzich Ferrari) and Crestani-Ramos (Lazarus Lambo). In Am, Alex Hrachowina-Martin Konrad took their first win of the year with their HTP/MS Mercedes, ahead of Basso-Marques (Teo Martín BMW) and Borlenghi-Lewandowski (VSR Lambo). 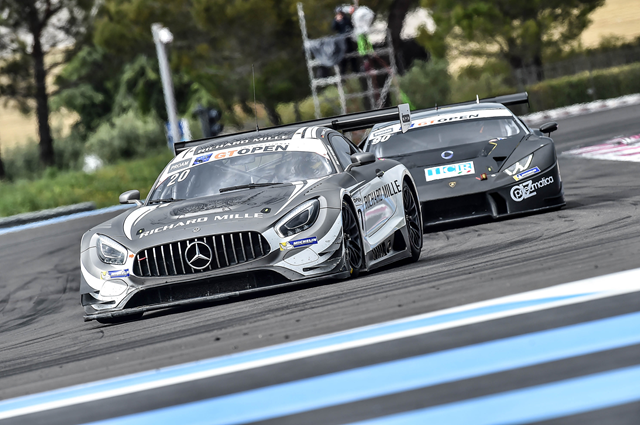