M1RA has confirmed that it will come back to TCR Europe championship for the 2019 season. The Hungarian team will field Hyundai i30 N TCR cars with Daniel Nagy and Luca Engstler at the wheel for a full campaign in the 14-race series, which gets underway at the Hungaroring on 2728 April.

M1RA will follow the concept that worked in the first two years of the team – its driver line-up contains a young Hungarian talent and a TCR champion driver. The 2017 Teams’ Champion of the TCR International Series continue their successful partnership with Hyundai Motorsport and will be once more working together with 20 year-old Dániel Nagy, who raced for the team in the whole 2018 season. The Hungarian team is pleased to welcome Luca Engstler to its squad, who won the TCR Malaysia championship earlier this year.

„To continue with Hyundai Motorsport was the next logical step for us, because the i30 N TCR proved to be one of the best cars in the category and we had a close relationship with the manufacturer as a customer team last season. We have two gifted and motivated junior age drivers, who have already proved their talents driving a Hyundai, so I am hopeful to unleash the full potential of our team and M1RA will be able to challenge for victory in TCR Europe with this very strong package” – said team principal Dávid Bári.

Dániel Nagy completed his best year of his career so far in 2018. He claimed a podium finish as a wild card participant in the FIA WTCR at the Hungaroring and took his maiden victory at international level at Assen. The talented Hungarian driver finished the TCR Europe campaign in the fifth position last year, but he hopes for even better in 2019.

„I am really happy to be continuing with M1RA and Hyundai, because after last season this was my main wish. We had a successful year together in 2018, I am proud of our podium finish in WTCR and feel at home in this team, between M1RA guys. I believe there is still room for improvement, consistency is the key, which I missed sometimes in the previous campaign, but I am working hard to be able to fight for the title this year” – stated Dániel Nagy.

Luca Engstler was close to securing the title in TCR Germany last year, ending the season as a runnerup, but he is the reigning champion of both TCR Asia and TCR Malaysia. He won the latter series at the wheel of a Hyundai i30 N TCR in February, winning all of the six races, bar one. The 19 year-old German driver now gets the chance to prove his abilities on the European stage with M1RA.

“I am pleased with the next step in my career and happy to work with M1RA. It is clear to me that this team is one of the best in the championship and I am proud to be part of it this year. My goal for TCR Europe to learn as much as possible, because everything will be new for me. New tracks, new series, new team. The tests showed that we have a good pace, so I am looking forward the start of the season” – said Luca Engstler.

The forthcoming TCR Europe season begins at the Hungaroring on 27-28 April, supporting the FIA WTCR Race of Hungary. 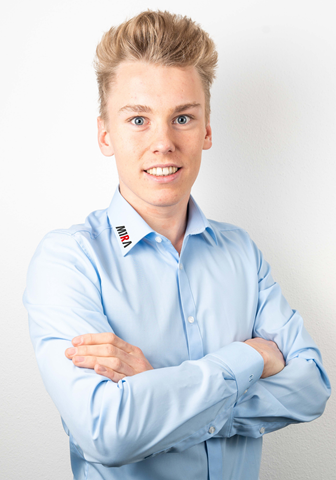