Here’s a recap of some of the latest developments in the WTCR – FIA World Touring Car Cup.

WTCR RACERS SET FOR SALZBURG SPEEDFESTSubject to FIA World Motor Sport Council validation, Salzburgring will be the setting of the inaugural WTCR Race of Austria from 24-26 July. Renowned for its high-speed sweeps and spectacular action, Salzburgring has hosted FIA World Touring Car Championship and FIA European Touring Car Championship events in the past. Situated some 12 kilometres east of the city of Salzburg in central Austria, Salzburgring has the honour of hosting the final event of the WTCR’s traditional European schedule before the Asian leg begins in China in September. Click for full story.KING OF WTCR TO BEGIN TITLE DEFENCE AT HOMEWith the Hungaroring set to open the 2020 WTCR season from 24-26 April subject to FIA World Motor Sport Council approval, the King of the WTCR, Norbert Michelisz, will launch his title defence at his home event, WTCR Race of Hungary. Already widely acknowledged for the vociferous backing they extend to their national sporting superstar, Hungarian fans are expected to flock to the track in their thousands to cheer on their first FIA world title winner, while also supporting Attila Tassi, the highly-rated 20-year-old would-be successor to Michelisz’s throne. Click for full story.ONE CHAPTER OPENS AFTER ANOTHER CLOSES AS WTCR BIDS AU REVOIR TO MARRAKECHSalzburgring in Austria will join the 2020 WTCR – FIA World Touring Car Cup, while Hungaroring will host the opening event of the upcoming season as part of planned changes to the calendar approved by the FIA Touring Car Commission at its meeting in Paris on 5 February. While the changes to the 2020 WTCR schedule – which also include a revised date for WTCR Race of China to accommodate the later-than-planned shipment of cars and equipment – must now go to the FIA World Motor Sport Council for ratification, they mark the end of an era. After staging its first FIA World Touring Car race in 2009, the Marrakech Grand Prix weekend was a hugely popular addition to the calendar. And although the Circuit Moulay El Hassan won’t feature on the 2020 WTCR schedule, conversations are ongoing regarding future opportunities. Click for press release.MONTEIRO REVEALS HIS WTCR WATCHWORDSTiago Monteiro has revealed his watchwords for the 2020 WTCR – FIA World Touring Car Cup. Monteiro claimed a heroic victory at his home event, WTCR Race of Portugal, during his comeback season following serious injury. Click for full story.WINS WILL COME FOR WTCR-BOUND CUPRA… BUT NOT ALL AT ONCE, SAYS PUIGCUPRA Racing Director Jaime Puig has high hopes for the make’s all-new León TCR – but is keeping his expectations in check while the production and delivery phase is ongoing. After the previous-generation CUPRA TCR landed a table-topping 70 wins across all TCR competitions in 2019, even more is expected from the replacement car in 2020. But with an expanding order book to work through, deliveries will be made to customers in three batches, meaning not all cars will be available immediately. Click for full story.PANIS ON HIS PERFECT FINISH, BEATING LOEB AND PUSHING FOR MORE WTCR PODIUMSAurélien Panis says it was “like a dream” to race against and beat motorsport legend Sébastien Loeb in the Trophée Andros finale earlier this month, a result that helped him to secure the first all-electric Elite Pro title. After completing the 2019 WTCR – FIA World Touring Car Cup season with a maiden podium, Panis was on impressive form throughout the ice-racing series, taking the crown ahead of Jean-Baptiste Dubourg and his WTCR rival Yann Ehrlacher. Click for full story. 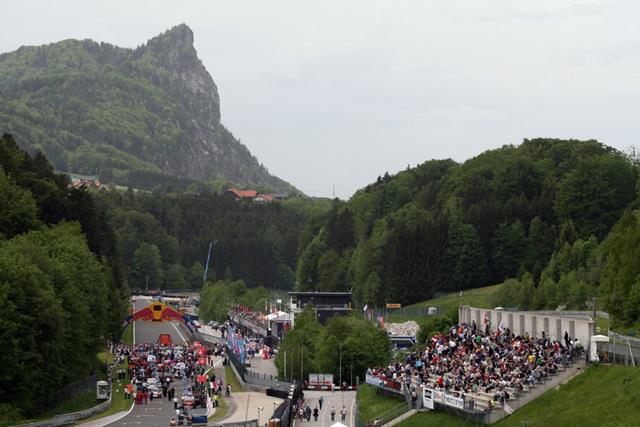