Algarve Pro Racing Team finished within sight of the top ten in the 2019 European Le Mans Series 4 Hours of Le Castellet at Circuit Paul Ricard (12-14 April).
For Frenchman Andrea Pizzitola, John Falb and Mark Patterson, day one of the Prologue (Monday 9 April) was mired by an imbalance with the #25 car, caused by old-spec dampers that had been fitted to the newly-acquired ORECA 07 at the factory;

However, day one of the Prologue was merely a shakedown and, with new-spec dampers, the #25 set the early pace on day two, with the #31 of James French, Henning Enqvist and Tacksung Kim a short way back in third;

Algarve Pro’s Bronze ‘gentleman’ drivers – Kim, Patterson and Falb – starred in official testing and during the build-up to the 4 Hours of Le Castellet, as each showed great speed and consistency in all weathers;

Kim was more than two seconds up on his best 2018 lap times during testing and found yet more speed in free practice;

However, it was the Las Vegas-domiciled Falb who topped the times (2m02.588s) in the rain-affected Bronze Collective Test on Friday (12 April) – his first ever wet-weather LMP2 run;

On Saturday (13 April), a 1m41.634s from Pizzitola assured Algarve Pro of fourth in the FP2 classification, but tyre pressure-related issues meant the Portuguese team was unable to trouble the top ten in qualifying;

As a result, Pizzitola took the start of the 4 Hours of Le Castellet from 12th. The Frenchman made up four positions on lap one and, with more pace than the race leaders during the opening exchanges, continued to scythe his way up to second;

From 16th on the grid, Kim struggled with tyre temperature during the first five laps, but found a rhythm and started attacking the #35 BHK Motorsport entry;

After a stunning ascent to the podium places, Pizzitola handed the #25 to LMP2 debutant Falb, who emerged from the pits in seventh;

French followed Kim in the #31 and used new tyres to dip into the 1m42s and draw in on Falb, who had fallen to 12th while enduring a period of tyre conservation;

The pair ran in close company until a lock-up forced French to nurse his tyres for the remainder of his stint;

French eventually stood aside for Sweden’s Enqvist, as Falb gave way to Patterson at the midway point of the 240-minute race;

Soon, Enqvist in #31 headed the Algarve Pro charge. Pizzitola was reinstalled in the #25 during the final 30 minutes;

Algarve Pro Racing ultimately finished the ELMS 4 Hours of Le Castellet in 12th and 14th, Enqvist bringing #31 home ahead of Pizzitola in #25.

James French (#31 Algarve Pro Racing ORECA 07 LMP2): “For me, this week has been a really great learning experience. It has been tough and, while we had the two official test days, this was my first time competing with Algarve Pro Racing. The European Le Mans Series is a different style of competition to what I’m used to in the United States. The 4 Hours of Le Castellet was an all-out sprint without interruption and I’ve realised that raw pace is king and it’s very hard to claw your way back from mistakes or problems. I’m already looking forward to the next outing at Monza.”

Andrea Pizzitola (#25 Algarve Pro Racing ORECA 07 LMP2): “When everything was right, the pace was very good. We had a few mechanical issues with the new car at the start of the week and we went into the race unsure about our real pace. I was delighted to be capable of rising from P12 to P2 in my first stint – it was a lot of fun – and I think we will be even closer come Monza.”

John Falb (#25 Algarve Pro Racing ORECA 07 LMP2): “It has been an interesting week. We were slightly on the backfoot because we had just taken delivery of the new ORECA 07, but we had a good race and we clearly had the speed. All-in-all it’s great to complete a solid double stint in my first LMP2 race, I’m stoked with the car and I can’t wait to get going again at Monza.”

Algarve Pro Racing Team Principal, Stewart Cox, said: “Qualifying didn’t go to plan, but the ELMS 4 Hours of Le Castellet went really well. From Algarve Pro Racing’s point of view, although the result isn’t what we would like, it’s the most we can expect at this time because of the competition we’re up against. Having said that, our pit stops were faultless, there were no infringements or penalties, so we know we have what it takes.

“Tacksung Kim has done a phenomenal job all week and he’s more than two seconds faster than he was this time last year, so he deserves a lot of credit. Of course, Andrea Pizzitola is also a known quantity to us and he once again drove a superb race to take us from 12th to second in the early laps.

Cox continued: “For James French, this was his first race in Europe and he has acquitted himself well against stiff opposition on an LMP2 grid that boasts a lot of quality. John Falb is also new to Algarve Pro Racing, but he created absolutely no drama, had good pace and did a superb job in his first LMP2 race. Henning Enqvist, too, produced a stunning performance from the start of testing right through to the chequered flag.” 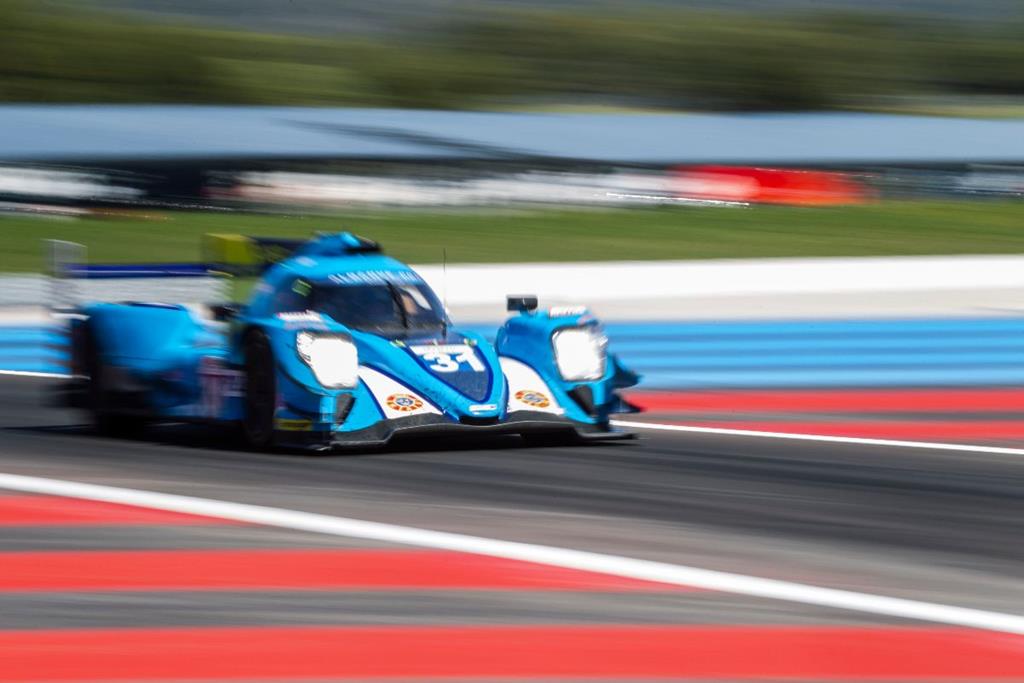