Villorba Corse back in action at Barcelona in ELMS and LMC

On July 19-20 Scuderia Villorba Corse will compete for a double challenge in the world of international endurance racing. The Italian team led by Raimondo Amadio will be back in action both in the Le Mans Cup and in the European Le Mans Series at the Circuit de Barcelona-Catalunya one month after their third 24 Hours of Le Mans in a row. Right in the same context of the final round of the 2018-19 World Endurance Championship, Le Mans also hosted the Le Mans Cupround known as Road to Le Mans, a double-race event where the Mercedes-AMG GT3 of Mauro Calamia and Roberto Pampanini finished twice in the points, just like the Swiss crew did in Monza earlier in the season. Calamia and Pampanini are tenth in the GT3 driver standings ahead of the fourth round in Spain, which will include its main event of a two-hour race on Saturday at 13:00h CET (live streaming on www.lemanscup.com).

Team principal Amadiosays: “We are back in action in a very challenging event and on both fronts. During the winter at the Montmelò circuit we tested our Mercedes-AMG and our drivers getting positive results so I believe that we have the right potential to be competitive. We have to pay attention to temperatures and track conditions planning a detailed strategy to succeed in a consistent race. The guys in the team are all confident and motivated also because it will be exciting to compete in the Le Mans Cup again. We are gaining experience in the championship and now we do know itl level and characteristics”.

The Spanish event also hosts the third 2019European Le Mans Seriesround, whose 4 Hours of Barcelonatakes place on Saturday at 18:00h CET (live streaming on www.europeanlemansseries.com). This race, whose second part will run in the dark, will mark the debut of the ACE1 Villorba Corse racing program. An LMP3 Ligier JS P3 Nissan will be lined up by the team for Japanese driver Yuki Harata, first promoter of the new project, and Italians Alessandro Bressan, Harata's teammate from their previous experiences in the US, and Gabriele Lancieri. 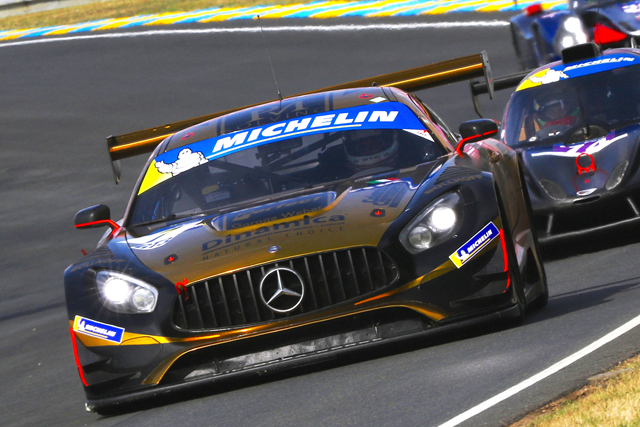