Eurosport to broadcast this weekend’s Rolex 24 at Daytona

Eurosport will be the only destination for motorsports fans this weekend (27-28 January) with the Rolex 24 at Daytona broadcast LIVE on its platforms*.

Featuring champions and race winners from the world of NASCAR and Formula 1, the 56th edition of the world-famous event will see motorsports royalty such as the iconic Fernando Alonso and superstar driver Juan Pablo Montoya take to the grid in the gruelling endurance race.

Eurosport will broadcast the opening, action-packed hour of the race as well as the final two hours of what is shaping up to be one of the most exciting events on the motorsports calendar.

The addition of the Role 24 at Daytona to Eurosport’s programming schedule adds to an already impressive portfolio of motorsports rights that includes Formula E, the Le Mans 24 hour race and Moto GP (selected markets).

Sebastian Tiffert, Eurosport Director Global Motorsport Production, said: “We’re delighted to be able to bring this race, one of the most exciting each year, to Eurosport. This year’s line-up looks on paper to be one of the strongest ever to have appeared and many of the names will resonate with motorsport fans right across the continent.

“We’re very proud of our motorsports heritage at Eurosport and adding this race only adds to our commitment to the sport.”

The 50-car Rolex 24 at Daytona race airs from 6.45pm CET on Eurosport, Eurosport Player and Eurosport.com on Saturday 27 January with the race reaching a dramatic conclusion the following day on Sunday 28 January. 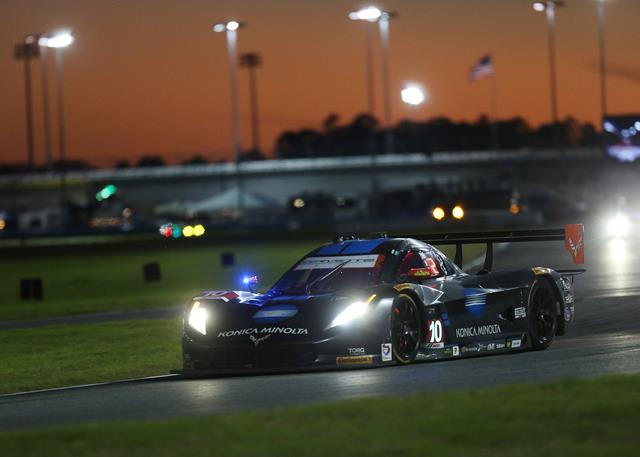