.Felipe Nasr joins Roberto Lacorte and Giorgio Sernagiotto behind the wheel of the #47 Cetilar Villorba Corse Dallara P217 Gibson starting from the second 2018 ELMS round at Monza. Brazilian driver was hired by the Italian team to replace Andrea Belicchi who suffered from back problems during the 4 Hours of Le Castellet that forced him to stop racing on the LMP2 prototype. Last November, Cetilar Villorba Corse already tested for more than 80 laps with Nasr at the Paul Ricard circuit covering about 500 kilometres on different setup and without any issues.

Great enthusiasm is shown by Felipe Nasr, who says: “There are so many reasons that makes this moment special that is difficult to talk about only one of them: 1) I am really happy to be driving for Cetilar Villorba Corse with whom I tested in Paul Ricard last year, it is great to be back to an Italian team for me that started my racing career in single seaters driving for an Italian team; 2) I am really thrilled to drive this LMP2 Dallara, the same chassis that I am driving in the US, in tracks that I know and like so much: Monza, Spa, Silverstone and Red Bull Ring; and 3) I am excited to have the opportunity to be in the 24 Hours of Le Mans, it is a dream that I have! Let's go racing!”.

Team Principal Amadioadds:“With great pleasure we welcome again Felipe in our team. Not only for some tests but for an entire season and a 24-hour race which are really important for us all. We really appreciate his talent and so we will do everything to make him feel part of the team immediately. Such a talented and experienced driver will be great new energy to keep on improving. I am sure that with him we are going to face all the challenges at our best”. 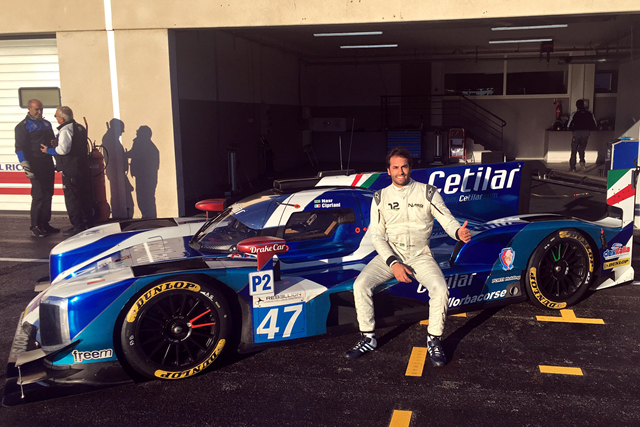