Following sporadic FIA World Rallycross Championship appearances over the past two years, Kevin Abbring will contest his first full campaign at the pinnacle of the dual-surface discipline in 2021 behind the wheel of an UNKORRUPTED Renault Mégane R.S. RX – and he has warned his rivals that he feels ‘faster than ever’.

Abbring began his motorsport career in rallycross – winning the Dutch and Belgian titles three times by the age of 16 – before switching to rallying in 2007, achieving success on the international stage in the FIA Junior World Rally Championship and making history as the youngest driver ever to win a JWRC round.

The 32-year-old has simultaneously been involved in motorsport projects dedicated to greener technology and alternative fuels. The first Dutch driver ever to enter and win a rally in a car run on bio-methanol in 2010, he scored a podium finish later that same year with a bio-methanol fuelled car at Ken Block’s inaugural Gymkhana GRiD event in the USA. Another milestone followed in 2012, when – as an official Volkswagen Motorsport driver – Abbring introduced a VW race car on bio-gas (GCN) technology in his home country.

Victory in France’s Peugeot 208 Rally Cup in 2013 prompted a step up to the FIA European Rally Championship – yielding two rostrum finishes despite myriad technical issues – while Abbring went on to play a key role behind-the-scenes in the development of Hyundai Motorsport’s ultra-successful i20 WRC challenger.

He returned to rallycross in 2019, participating in the Norwegian and Swedish rounds of the World RX campaign in an ES Motorsport-run Škoda Fabia, impressing by finishing fourth on both occasions and leading the final on his debut in Hell. After joining GCK Motorsport last year as development driver for the French outfit’s rallycross and cross-country programmes, he made a further competitive outing in Finland in a Renault Clio entered under the GCK UNKORRUPTED banner.

With GCK taking a sabbatical from the series ahead of a planned return in the sport’s new electric era, Abbring has partnered with French engineering company FORS Technologies for his forthcoming World Championship assault, and he will dovetail his full-season effort this year with his ongoing work on green motorsport development initiatives.

The new World RX campaign will get underway with a Friday/Saturday evening showdown at Spain’s Circuit de Barcelona-Catalunya on 23-24 July, before subsequent race weekends in Germany, Sweden, France, Latvia, Belgium and Portugal complete an eight-round schedule.

“I’ve been working on some incredible projects, and I’m really excited about the future of motorsport. To get the chance to contest an entire championship at world level in parallel this season is something I’ve been working on for such a long time now.

“Thanks to the latest projects and test activities I have been involved in, I feel faster than I’ve ever been. I’ve worked with every team member closely before and I’m starting to understand the Mégane better and better. I can’t wait to push for victories together!” 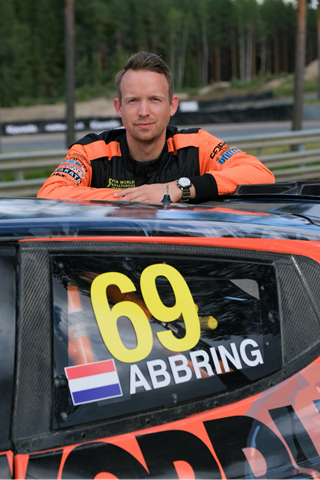