Niclas Grönholm and Krisztián Szabó will join forces for GRX-SET WORLD RX TEAM in the FIA World Rallycross Championship this year, as the Finnish outfit plots an all-out assault on Drivers’ and Teams’ glory.

Grönholm – the son of two-time FIA World Rally Champion Marcus Grönholm – has risen rapidly up the ranks since making his World RX debut at Höljes in 2015. The Finn committed full-time to the series in 2016, switching to the family-run GRX outfit in 2017 and securing his maiden final appearance with fifth position in Germany.

2018 then marked a significant step forward, as four visits to the final behind the wheel of the new Hyundai i20 yielded seventh place in the overall classification – comfortably the top independent entrant.

That paved the way for a full-on title tilt the next season, with a brace of victories and two further podium finishes seeing Grönholm wind up just 25 points shy of the Drivers’ crown, despite missing two rounds due to appendicitis. His points-per-event tally was the highest in the field. Another race win in 2020 cemented fourth spot in the standings for the second consecutive campaign – and now the 25-year-old is fired-up to fight for the biggest prize in international rallycross.

A successful skier in his teenage years, Szabó clinched his first car racing title at the age of just 16 in the Hungarian Autocross Championship in 2008. He banked back-to-back FIA Junior Buggy honours in the discipline in 2009 and 2010, before stepping up to the Buggy1600 category, where he collected his third European Championship trophy in 2013.

In 2014, the Hungarian reached the rostrum on his debut in the FIA European Rallycross Championship’s Super1600 division. A full season in the series with Volland Racing the following year culminated in third in the final standings, setting the scene for consecutive Euro RX Super1600 crowns in 2016 and 2017.

In 2018, Szabó entered two Euro RX rounds in the headlining Supercar class – placing second at Lohéac for Mattias Esktröm’s EKS Audi Sport outfit – before stepping up again to World RX in 2019, advancing to the final first time out with EKS Sport and going on to finish tenth in the championship. After competing for GRX-SET in Sweden and Latvia in 2020, the 29-year-old returns for his second full campaign in the World Championship with the team in 2021.

“My hopes for this season are quite simple – to fight for the championship. Last year was difficult, but I think we learned a lot and we are going in the right direction at the moment. We have done a lot of experiments with the car and found some good things, as well as some areas to work on.

“I expect the competition to be similar to the 2019 and 2020 seasons – nothing will be won easily. We will need to be ready to fight and put in the work required at every round to have a chance to win. The events I’m most looking forward to are Sweden and Portugal – the tracks there are so nice – but also the Nürburgring because it’s new for everybody and nobody knows what to expect, which always makes things interesting.”

“I’m very happy that I can continue with this great team, especially under [Team Principal] Jussi Pinomäki, and I’m even more pumped that I can finally play a part in fighting for the Teams’ championship. The Hyundai is very good – I love it – and it’s really great to work with Niclas; I can learn a lot from him and everyone in the team.

“It’s hard to know where we will be, but I’m pretty optimistic that we will be fast this year. My personal aim for the season is to have strong and stable results and to be in the final as much as possible. After the first few rounds, we will know better where we are compared to the others and what we can aim for overall, but I believe we can be very strong contenders this year.”

“We have worked hard to be able to return this year, and it’s brilliant to do that with Niclas and Krisztián. I think together they can help us to deliver our potential at every event. As Niclas says, nothing comes easy, especially at this level, but I’m very proud of our hard-working team and we will be doing everything we can to achieve the best results possible.

“Niclas continues to improve with every season, and I have to say I am pleased with the progress that Krisztián has made even from last year. It has been a long gap since Barcelona last October so we can’t wait to be back there again in July, and hopefully sooner rather than later we can be racing in front of passionate rallycross fans once again too.” 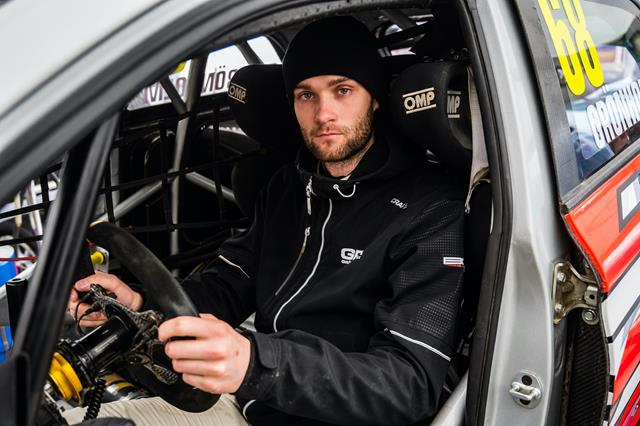