FIA World Rallycross Championship competitors and fans can look forward to a double dose of high-speed action in Riga later this year (18-19 September), with the confirmation that the popular Latvian event will become a double-header on the 2021 calendar, increasing the overall number of rounds to nine.

Located on the outskirts of the country’s capital city, the Biķernieki track has been a fixture on the World RX schedule since 2016, with a long gravel section through the wooded infield and no fewer than three jumps making it an instant favourite amongst both drivers and fans.

In evidence of the circuit’s challenging nature, the six rounds held there to-date have all been won by true legends of the sport – World Rallycross Champions Johan Kristoffersson, Mattias Ekström and Timmy Hansen, and nine-time FIA World Rally Champion Sébastien Loeb.

September’s double-header will now offer drivers two chances to add their names to that illustrious list, with the headlining World RX battle to be complemented by the third outing in the 2021 FIA European Rallycross Championship Euro RX1 title fight.

“We are delighted to confirm that Riga will now play host to two rounds on the 2021 World RX calendar. The Latvian organisers proved last year that they are more than capable of successfully staging a double-header event, and it means fans can look forward to even more exciting action this season around the Biķernieki circuit, which has invariably generated spectacular racing since joining the World Championship in 2016. We have no doubt that September’s event will deliver more of the same.”

“This is fantastic news for rallycross fans. For two days, spectators at our race weekend in Latvia will have the opportunity to follow twice as many races and twice as many intriguing semi-finals and finals. The 2021 World Championship title will be won in a car running an internal combustion engine, and spectators have been given a unique opportunity to enjoy these cars for the final time before World RX moves forward and switches to electric vehicles in 2022.

“There is much greater responsibility when organising a double-header event – an increased number of races accordingly increases the amount of work required for everything to run smoothly – but I believe that we, our partners and all our service providers are more than ready to bring their best and maintain the high-quality standard set by the events hosted in Latvia.”

While Rallycross Promoter GmbH has full confidence in the organisers and venues on the schedule, the decision to add an extra round to the Riga race weekend was taken in order to protect the calendar should any circumstances change against the backdrop of the ongoing global pandemic. 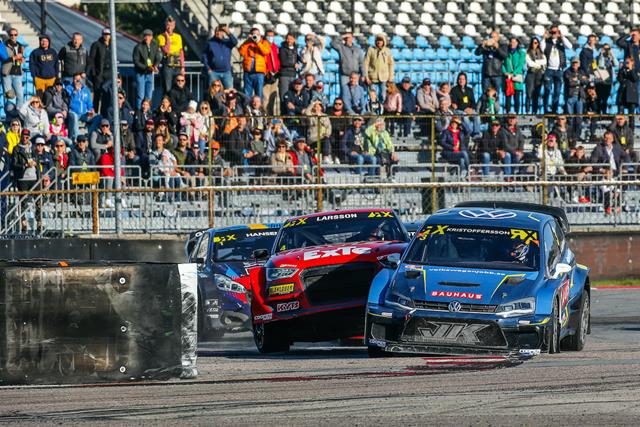