Hansen and fellow world champion Johan Kristoffersson fought it out for honours during the qualifying stages, with the former getting the better of his countryman in a crowd-pleasing duel that pushed both drivers right to the limit around the legendary Värmland circuit.

That earned the pair a pole position apiece for their respective semi-finals, but whilst Hansen converted his into a lights-to-flag victory, Kristoffersson’s effort to do likewise was scuppered by a double puncture that brought an early end to the KYB EKS JC star’s weekend.

His misfortune opened the door for Kevin Hansen in the sister Peugeot 208 to join his brother on the front row of the grid for the final, having had to battle back from a difficult run through the qualifiers. From there, the brothers were on imperious form as they sped to the top two steps of the podium, with Timmy – who had never previously triumphed at Höljes – turning the tables on the Barcelona winner to usurp the lead of the World Championship standings.

They did not go unchallenged, however, as they were pushed hard indeed by Unkorrupted’s Kevin Abbring, who claimed his maiden rostrum finish in only his sixth World RX start. The Dutchman was impressive from the outset in Sweden, overcoming Q1 contact that pitched him into a spin to top the timesheets in Q3 and unleash a scintillating turn-of-speed in the final.

An early joker tactic ultimately left Abbring stuck behind Krisztían Szabó until the last lap, and whilst that prevented him from mounting a bid for victory, he nonetheless laid down a marker for future events.

Enzo Ide offered KYB EKS JC some consolation with a fourth-place finish, as the Belgian – who continues to show improvement with every outing – progressed through to the final for the first time in his fledgling World RX career.

Szabó finished fifth to move up to third in the title table, but GRX-SET World RX Team stablemate Niclas Grönholm missed out on the final due to a penalty for hitting a course marker in this semi-final following contact with Peter Hedström. Juha Rytkönen took the chequered flag sixth.

“It’s been a fantastic weekend. I’ve been trying to win here for a long time and came super close on a number of occasions, and now finally we did it! This is a magic moment and I’m super happy.

“It was a shame to see Johan [Kristoffersson] not make the final because I was looking forward to continuing the battle, but from our side, every session went smoothly and I’m very happy with the pace we’ve had – it shows that all our hard work over the winter has paid off. The first two rounds of the season have gone perfectly for us, and now we need to continue to focus and keep on working hard.”

“We had a tough time of things in the qualifiers, and whilst I tried my best to break that pattern, nothing seemed to work. When I got the opportunity in the semi-final, I had to grab it, and to extend our lead in both championships is just awesome – I don’t think two brothers have ever achieved back-to-back one-two finishes in World RX before.

“Now, I’m already looking forward to Lohéac. The competition will clearly be tough, but our car suits the track well and we will go there with some great momentum. It’s the home of the Lion (Peugeot), and I’m excited to return after a couple of years away.”

“First of all, congratulations to Timmy and Kevin. I would love to be able to share a podium with my brother, but unfortunately I don’t have a brother, and my sister is really slow... Being serious, though, I think we should be very pleased. We were consistently quick right the way from free practice through to the final and didn’t make many mistakes.

“We obviously had to fight back after Q1, and we stayed out of trouble, if not out of traffic! I really believe we could have pushed for the win if we hadn’t got stuck behind Szabó in the final, but I’m still happy to score my first podium and I think we put on a good show for the spectators.”

If Saturday was the Fraser McConnell show, then Sunday was all about Jesse Kallio in the second round of the FIA RX2e Championship, as he produced a peerless performance to claim his maiden victory in the all-electric single-make series.

McConnell looked to be on-course for glory as he dominated Q1 and Q2, but today, Kallio well and truly turned up the wick. The pair lined up alongside one another on the front row of the grid for the final, with the Jamaican on pole, but it was the Finn who made the better start to seize the initiative, and from that point on, he was never headed.

McConnell took the chequered flag second, with the result meaning there are now just two points covering the leading three drivers in the championship chase. Catalunya winner Guillaume De Ridder was unable to replicate quite the same pace in Sweden and picked up a puncture in the final, but fourth place nonetheless keeps the Belgian at the top of the table, a single point ahead of Kallio, with McConnell a further point in arrears in third.

On his RX2e bow, Isak Sjökvist turned heads with a strong run to the podium, while fellow newcomer Isak Reiersen and British teenager Patrick O’Donovan also caught the eye.

BRYNTESSON RISES ABOVE THE DRAMA IN EURO RX1

Thomas Bryntesson was already a winner ahead of the weekend, with the Swede’s Gulf Oil-liveried Volkswagen Polo roundly voted the best-looking car on the grid for the 2021 Euro RX1 curtain-raiser at Höljes. When the chequered flag fell at the end of the final, he was a winner on-track, too.

Bryntesson was there or thereabouts throughout the qualifiers, setting the pace in Q4 and gratefully inheriting the top spot in the intermediate standings following dramas for countryman Anton Marklund and Fabien Pailler.

After fending off Jean Baptiste ‘JB’ Dubourg for victory in the first semi-final, Bryntesson then repeated that result in the final in an inch-perfect display. Fans’ favourite Andreas Bakkerud fought back from a driveshaft failure in Q3 to round out the rostrum from the rear of the grid on his debut for ESMotorsport, posting fastest lap along the way as the top three flashed across the finish line blanketed by barely a second.

For much of the weekend, Marklund – reunited with his 2017 title-winning VW Polo – looked to be unbeatable, but a spectacular barrel-roll after clipping the kerb at the joker merge in Q4 left the Swede with a distinctly second-hand chassis and ruled him out of the remainder of the competition.

Similarly out-of-luck was two-time French champion Pailler, who was denied Top Qualifier status by a track marker penalty and then lost a wheel while firmly on-course to win the second semi-final.

Yury Belevskiy was on commanding form once more in Euro RX3, although last year’s highest scorer was again pushed hard by young rookie Kobe Pauwels, who battled back from misfortune in a similar Volland Racing Audi A1.

Belevskiy secured a clean sweep of the qualifying stages, won his semi-final and led from lights-to-flag in the final, but that failed to tell the full story, as Pauwels recovered from an engine-related retirement in Q4 to make a demon start from the back row of the grid in the final and haul himself into contention.

The Belgian teenager’s quest for a remarkable victory was foiled by late joker Jan Černý, leaving him half-a-second adrift of Belevskiy at the close, but his performance was nevertheless another indicator that he will be a force to be reckoned with this season. Marat Knyazev completed the rostrum finishers in third, with Škoda ace Černý the top non-Audi driver in fourth.

The 2021 FIA World Rallycross Championship campaign resumes in a fortnight’s time at Lohéac in France on 3-5 September, for another full bill of World RX, RX2e, Euro RX1 and Euro RX3 action. 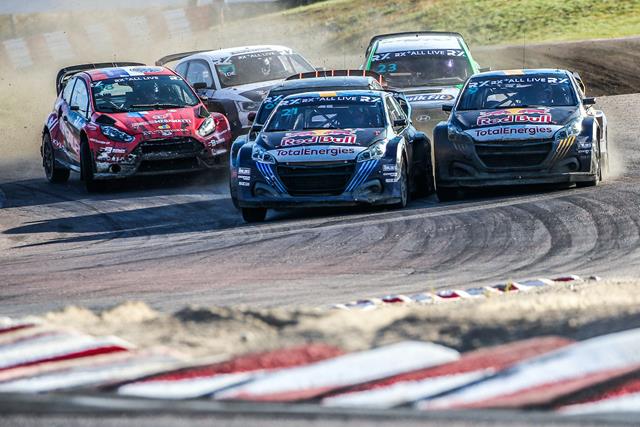 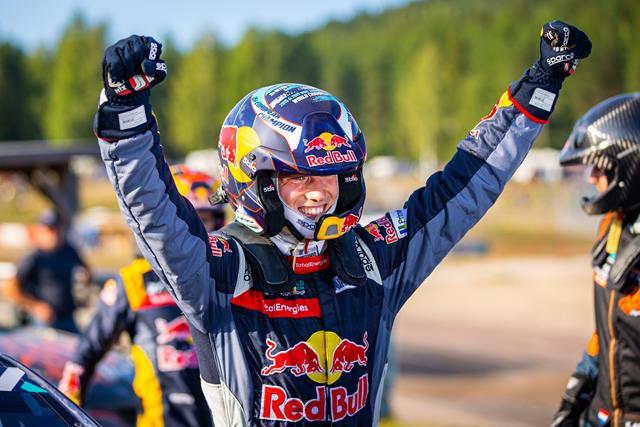 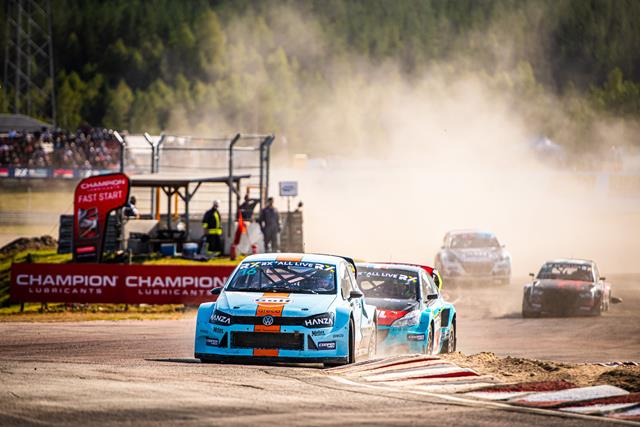 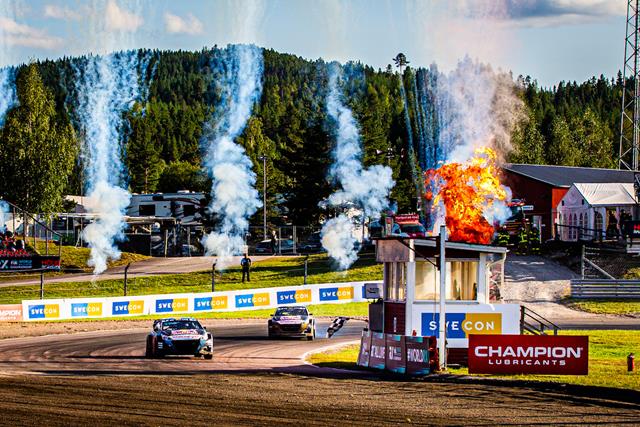 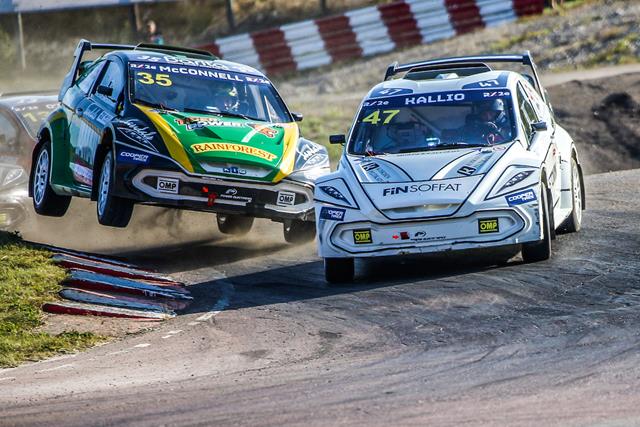