The FIA World Rallycross Championship races into Latvia this weekend for Ferratum World RX of Riga (18-19 September) – and with double points on offer at the midway stage of the 2021 campaign, the stakes could scarcely be higher.

The opening three rounds of the season have witnessed some sensational action, with Hansen World RX Team currently leading the way following victories for 2019 champion Timmy Hansen at Höljes and Lohéac and a curtain-raising triumph for younger brother Kevin Hansen in Catalunya.

The Swedish siblings have not had things all to themselves, though, with KYB EKS JC rival Johan Kristoffersson matching them for pace at every event so far – if not for luck. The triple title-winner had to fight back to finish third in Barcelona after being disqualified from Q1 when his data-logger was found not to have been connected, and to rub salt into the wounds, he has failed to reach the final since, picking up a double puncture on home soil in Sweden and falling victim to transmission woes in France.

Kristoffersson does, however, boast a stellar record around the challenging Biķernieki trase just outside the Latvian capital, having won at the circuit three times since 2017. He is chasing more silverware this weekend as he endeavours to kick-start his pursuit of a fourth Drivers’ crown at the international pinnacle of the discipline.

“We have not had the margins on our side so far this year,” acknowledged the 32-year-old. “That makes it tough in the championship table now, but we will continue to focus on the future, reload and be ready to fight in Riga.”

Niclas Grönholm opened GRX-SET World RX Team’s podium account in France, and having been convinced he had the speed to win at Lohéac, the flying Finn is another surefire contender this weekend around a track where he clinched the runner-up spoils two years ago.

Krisztián Szabó in the sister Hyundai i20 is one of only four drivers in the championship to have reached the final in every event to-date this season, and the Hungarian’s commendable consistency sees him arrive in Latvia sitting third in the Drivers’ standings. Not only that, but he is a former Biķernieki winner, having triumphed at the circuit on his way to lifting the FIA European Rallycross Championship Super1600 (now Euro RX3) laurels in 2017.

Kevin Abbring, meanwhile, has arguably been the revelation of the campaign so far, unleashing race-winning pace in Sweden only for his bid for glory to be foiled by traffic. With the form that both the Dutchman and his Unkorrupted Renault Mégane are showing, it is surely a question of ‘when’ rather than ‘if’ he secures his maiden World RX victory.

Two-time DTM title-winner Timo Scheider is another driver who can certainly not be discounted, and the rapid German will be partnered at ALL-INKL.COM Muennich Motorsport for the event by an intriguing addition to the entry list – series returnee Mattias Ekström.

The 2016 World Rallycross Champion has never finished lower than second in five previous appearances in Riga, including a trip to the top step of the podium last year. Although the Swedish star will be adapting to a new team and car, it would take a brave man indeed to bet against another champagne celebration for ‘Eki’ this weekend...

“I’m very excited to go to Riga,” enthused the 43-year-old, a double DTM Champion himself and three times a winner of the Race of Champions. “The car has been performing well lately, I really like the circuit and the fact that it is a double-header means there will be a lot of track time. With 600 horsepower and nearly 1,000Nm, these are the fastest cars to drive and to keep myself race-ready.

“I will do everything I can to get a trophy for ALL-INKL.COM Muennich Motorsport, because they have been fighting for a long time and really deserve it. We have two chances this weekend to achieve that goal.”

Despite being denied a popular victory in France last time out by an engine issue almost within sight of the chequered flag, fans’ favourite Andreas Bakkerud nonetheless leads the 22-strong FIA European Rallycross Championship field into Latvia, as two local heroes bid to shine.

Multiple World RX event-winner Bakkerud was an 11th-hour entry into the Euro RX1 curtain-raiser at Höljes last month, but he immediately achieved a rostrum finish for ESmotorsport and was on course for an even better result at Lohéac until technical troubles intervened on the penultimate lap of the final.

The Norwegian was a podium visitor in Riga two years ago and returns as the pre-weekend favourite, but he will face fierce opposition from a number of quarters – not least his own team-mate, Latvia’s Jānis Baumanis. Countryman Edijs Ošs joins the fray in another Škoda Fabia and will similarly be sure to receive plenty of enthusiastic support.

Höljes winner Thomas Bryntesson returns with his sights set on reclaiming the championship lead after skipping Lohéac, Tamás Kárai is riding the crest of a wave off the back of his third-place finish in France and Marcin Gagacki is increasingly turning heads in Oponeo Motorsport’s Ford Fiesta.

Fabien Pailler and compatriot Andréa Dubourg, meanwhile, will spearhead the French challenge in Latvia. Pailler in particular is hoping it will be third time lucky, after an errant wheel robbed him of a front row starting spot for the final in Sweden and a battery problem forced him out of second place on home turf.

Racing is set to begin at 12:00 local time (11:00 CET) on Saturday, 18 September, with all of the action across the board to be livestreamed in glorious HD quality via the cutting-edge new RX+ broadcast platform. This premium production grants subscribers unparalleled and unprecedented access anytime, anywhere and on any device, offering a choice of viewing angles, in-depth expert analysis, special behind-the-scenes features and exclusive interviews.

The Full Season Pass is on offer for the special price of €19,99, representing a 60% discount on the regular price of €49,99 and guaranteeing access until the end of the year. The Event Pass for Ferratum World RX of Riga is available for €7,99, covering both days of competition. For further details or to subscribe, click here

Tickets to Ferratum World RX of Riga can be purchased here

Event entry lists can be found below: 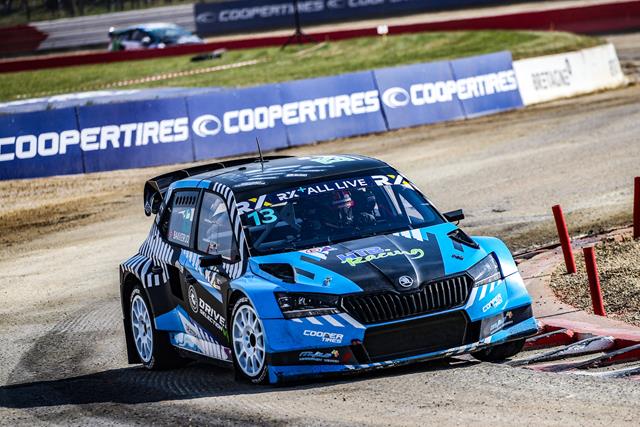 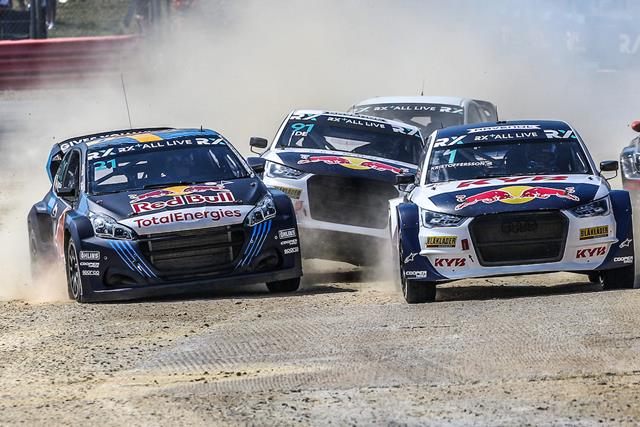