Grönholm charges into championship contention with victory in Riga

Niclas Grönholm has made it a four-way fight for glory in the FIA World Rallycross Championship as the season reached its midway point at Ferratum World RX of Riga today, with the flying Finn soaring to the top step of the podium in an action-packed opening leg of the Latvian double-header.

Right from the outset, Grönholm was one of the leading contenders around the technical and demanding Biķernieki trase, setting the pace in free practice and posting the fastest lap in Q1 behind the wheel of his GRX-SET World RX Team Hyundai i20. That, however, was merely the appetiser – the main course was still to come.

A superb run in Q3 saw Grönholm win the session to vault up to second in the intermediate standings behind defending world champion Johan Kristoffersson – in so doing, earning pole position for the second semi-final. After repelling an early attack from Kevin Hansen, he proceeded to stretch his legs to secure a front row grid slot for the all-important final alongside pole-sitter Kristoffersson, who had fended off the other Hansen – championship leader Timmy – in the first semi-final.

The battle came to a head at the start of the final, as contact between Kristoffersson and Grönholm sent the Swede spinning. There was further drama later around the lap, when Timo Scheider – up into second after a lightning launch – stuttered to a standstill just before the entry to the joker, delaying his pursuers and gifting Grönholm a healthy advantage. From that moment on, the GRX-SET star was never troubled, and his first victory in more than a year has fired him firmly into the title reckoning.

Kristoffersson and Scheider’s misfortune opened the door for early-season pace-setters Timmy and Kevin Hansen to join Grönholm on the podium, after both overhauled Krisztián Szabó in the sister Hyundai – the Hungarian a beneficiary of the first lap incidents – with an earlier joker tactic.

Maintaining his record of reaching the final at every event to-date in 2021, Szabó took the chequered flag fourth, ahead of the luckless Kristoffersson and retiree Scheider.

On his eagerly-anticipated return to the fray, former World Champion Mattias Ekström’s challenge ended at the semi-final stage due to a puncture caused by contact. Earlier in the day, the Swede – who had never previously finished lower than second in Latvia – topped the timesheets in Q2 on his debut for ALL-INKL.COM Muennich Motorsport, and he will assuredly be a threat once again in round five of the campaign tomorrow (19 September).

“It feels good to win and I’m happy with today. We had good speed right from the start, and whilst Q2 didn’t go our way, we turned it around, although – I’ve got to be honest – I didn’t feel like the final was my best drive. The incident at the start was just one of those things that happens sometimes, but I struggled a bit after that. I was surprised to have such a big gap behind after taking the joker, but Jussi [Pinomäki – Team Principal] told me to take it easy.

“It was a tough start to the season for us with bad weekends in Spain and Sweden. Our pace and the podium in France represented a step in the right direction, and our luck finally changed for the better here. Tomorrow marks another chance to score more good points.”

FRENCHMEN TO THE FORE IN TIGHT EURO RX1 TUSSLE

Having been on the pace but out of luck in the opening two FIA European Rallycross Championship outings of the season, Fabien Pailler is hoping for third time lucky in Latvia this weekend, and the Frenchman got off to a strong start by topping the intermediate classification at the end of the opening day.

Q2 pace-setter Pailler is just two points clear of championship leader Andreas Bakkerud, who claimed Q1 honours by more than two-and-a-half seconds but was delayed by an energetic scrap between Esmotorsport stablemate Jānis Baumanis and Höljes winner Thomas Bryntesson in the second session.

Racing is set to begin at 11:00 local time (10:00 CET), with all of the action across the board to be livestreamed in glorious HD quality via the cutting-edge new RX+ broadcast platform. This premium production grants subscribers unparalleled and unprecedented access anytime, anywhere and on any device, offering a choice of viewing angles, in-depth expert analysis, special behind-the-scenes features and exclusive interviews.

The Full Season Pass is on offer for the special price of €19,99, representing a 60% discount on the regular price of €49,99 and guaranteeing access until the end of the year. The Event Pass for Ferratum World RX of Riga is available for €7,99, covering both days of competition. For further details or to subscribe, click here

Full results can be found at www.fiaworldrallycross.com 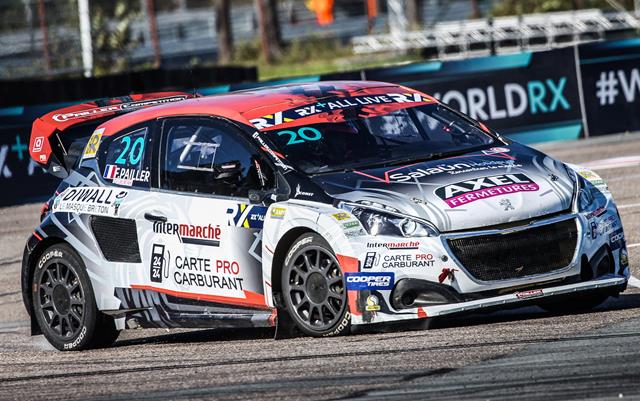 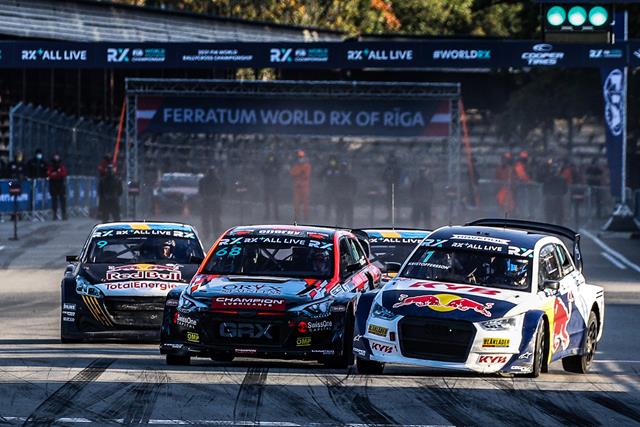 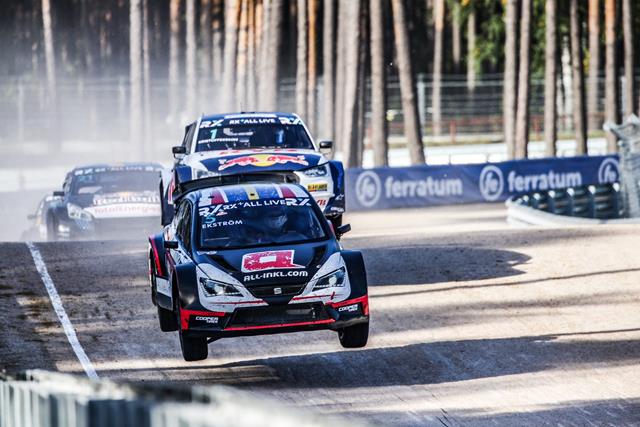 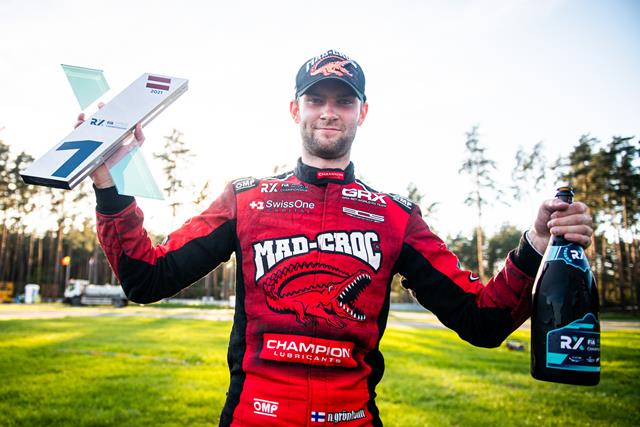