Not since 2017 had Johan Kristoffersson gone four consecutive rounds without winning in the FIA World Rallycross Championship. In Latvia today, he put his barren run to bed in fine fashion with a superb first victory of the season at Ferratum World RX of Riga.

Having been out of luck in the opening three outings of the 2021 campaign, Kristoffersson’s misfortune struck again yesterday in the first leg of the Latvian double-header around the technical and demanding Biķernieki trase, when he was sent spinning at the start of the final.

Twenty-four hours later, the Swede was not to be denied. Despite uncharacteristically failing to top the timesheets at any stage during the qualifying phases, Kristoffersson was always there or thereabouts to secure P2 in the intermediate standings – and with it, pole position for the second of the day’s semi-finals, which he led from lights-to-flag.

Lining up alongside Saturday winner Niclas Grönholm on the front row of the grid for the final, Kristoffersson got the quicker start and braved it out around the outside of the first corner to assume a lead he would never relinquish.

The result marked the KYB EKS JC star’s 25th career triumph at the international pinnacle of the discipline – and it has carried him to just 20 points shy of the summit of the Drivers’ standings, setting the scene for a sensational second half to the season.

Just three points further back is GRX-SET World RX Team ace Grönholm, the highest scorer of the weekend after backing up his Saturday success with the runner-up spoils today. The flying Finn went fastest in two of the three qualifiers to take TQ honours and then chased Kristoffersson right the way to the chequered flag in the final.

Championship leader Timmy Hansen got the better of ALL-INKL.COM Muennich Motorsport rival Mattias Ekström for the last remaining spot on the podium. Hansen World RX Team struggled to unlock the ultimate pace from its two Peugeot 208s in Riga, but 2019 World Champion Hansen had just enough speed in the final to see off fellow former title-winner Ekström by a tenth-of-a-second.

On his series return, Ekström won Q1 today but was unable to start Q3 due to propshaft failure on the pre-grid – with a similar issue afflicting team-mate Timo Scheider ahead of the final. Having been forced to retire from second place yesterday, the German was once again out of luck on a weekend when he was a consistent front-runner.

Kevin Hansen finished fifth ahead of GRX-SET’s Krisztían Szabó, who was promoted to the final by Scheider’s ill-fortune, maintaining his run of reaching the last six in every round to-date in 2021.

“We’ve had a tough start to the season – we’ve been right on the pace but things just haven’t gone our way – so to finally get the win is fantastic for the whole KYB EKS JC team. Everybody has been working incredibly hard and last night was another long one for them, so they really deserve this victory. We haven’t had the margins on our side so far this year, but today was our day and it feels great. It’s been a long time coming.

“I got a very good start in the final and took a risk into Turn One to get the lead. There was a lot going on inside the cockpit through the first few corners and I had a big power steering lock-up into Turn Two and thought I was going to spin, but I was fine with that because that would have been pretty normal for 2021! Afterwards, our pace was good, and we can definitely still win this championship. You have to fight for every point you can get, and that’s what we’ll do right to the end.”

Jānis Baumanis might only have occupied fifth position overnight in the FIA European Rallycross Championship battle, but the Latvian was on fire today on home soil, setting the pace in Q3 in his Esmotorsport Škoda Fabia to vault to the top of the table – a position he maintained by posting the second-quickest time in Q4.

From that moment on, the multiple World RX podium-finisher was never headed, dominating both his semi-final and the final with a commanding performance that brought the partisan crowd to its feet and that has elevated him into championship contention.

It was his closest pursuer Fabien Pailler, however, who has assumed control in the title chase, as the Frenchman finally quashed the bad luck that has plagued him so far this season to finish second on his maiden appearance at Biķernieki trase, producing a spectacular save at the beginning of Q4 along the way.

Peter Hedström rounded out the rostrum in third – the Swede on typically fast and feisty form throughout – but there was heartbreak for former championship leader Andreas Bakkerud, who was eliminated from the reckoning at the start of the semi-final when a coming-together with Hedström sent him into the tyre stack.

“I can’t find the words to describe what this means to me. We had a difficult start to the season, so to then come to my home circuit, win the semi-final and final and score full points feels just great. We put a real focus on our starts ahead of the weekend, and that definitely paid off.

“There’s a lot of pressure when you race at home. The cameras were pointing at me all the time and in the past, I’ve not always dealt so well with that, but this weekend I was able to fully concentrate on my driving and analysing the data back in the paddock. Honestly, the fans here have been amazing and the team really deserves this result – this win is for all of them too.”

Copyright-free images are available for media download via the World RX Newsroom on the Red Bull Content Pool. 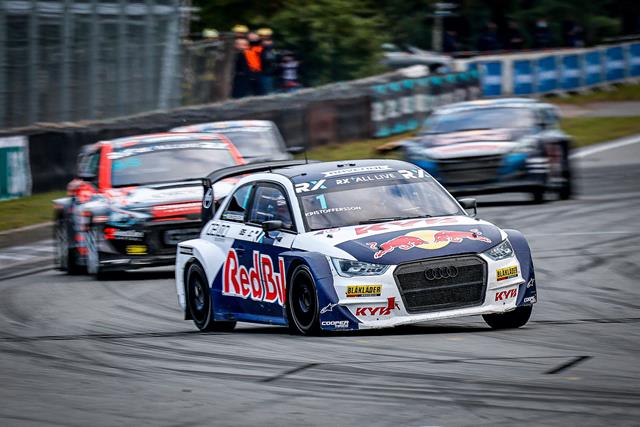 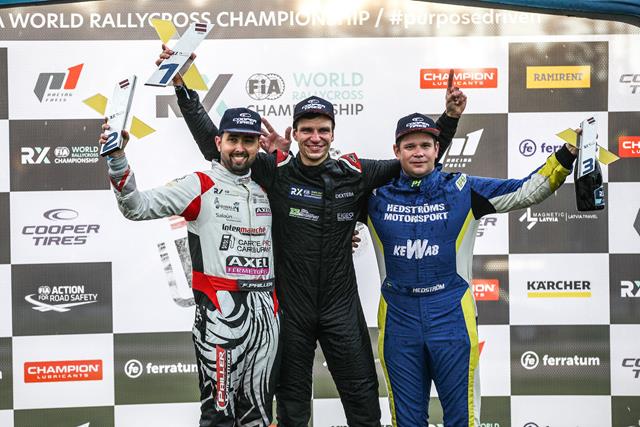 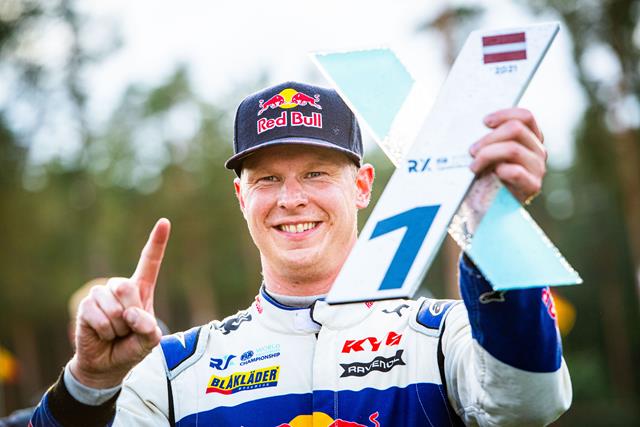