The FIA World Rallycross Championship has announced a 14-car grid for its eagerly-anticipated 2022 campaign – the first stage of an exciting new era as the series goes fully electric.

The electrification of rallycross is set to revolutionise the sport, and interest has been growing inexorably. Electric cars bring electric performance levels, with the state-of-the-art new RX1e machine sprinting from 0-100km/h in just 1.8 seconds – faster even than Formula 1.

The car has been developed and produced by pioneering Austrian firm Kreisel Electric, in close collaboration with Rallycross Promoter GmbH and governing body, the FIA. The 500kW delivered to the twin motors is the equivalent of 680bhp and is complemented by 880Nm of instant torque, while the battery has been specifically designed for optimum weight distribution.

Green energy recharging will be managed by GCK Energy via a bespoke solution comprised of containers and mobile charging points. The containers will arrive at each event fully charged, having collected 900kWh back at base in France through a combination of solar panels and the local green energy network.

Fourteen kits have been reserved by new and existing teams, whose identities will be revealed in due course. While bodywork designs and liveries will be different, all cars will use the same electric powertrain. The best drivers in the world in the fastest cars in rallycross history is an irresistible combination.

The race format is also under review by Rallycross Promoter together with the FIA, World RX teams and event organisers, with the aim of generating increased overtaking opportunities and even closer racing – all with the emphasis on providing competitors and fans with an unrivalled electric racing experience.

Indeed, the whole concept of events has been re-evaluated, and over the coming years, Rallycross Promoter plans to engage with and entertain spectators both on and off-site like never before, preserving rallycross’ rich history and DNA while exploring new opportunities and diversifying in every area.

The future for World RX is bright. Electrifying, even.

“We are delighted to be heading full-speed into 2022 with an electrified World RX. As promoter, we have a responsibility to nurture and grow this wonderful sport to ensure it continues to thrive for many generations to come – and teams and drivers have been enthusiastic in their support for our exciting new electric, more sustainable era. We are additionally in positive discussions with a number of manufacturers, who share our vision and our commitment to fully embrace the key pillars of sustainability – from economic to environmental and social.

“Not only that, but rallycross’ short, sharp races lend themselves perfectly to electric propulsion. With no need for energy conservation, drivers will have more power at their disposal than ever before and they can exploit it to the max at every moment. I’ve been lucky enough to go for a ride in the RX1 car myself and I can confirm, it is an absolute rocket!

“Since its inception in 2014, World RX has always been the absolute pinnacle of international rallycross, and there is tremendous prestige in being crowned an FIA World Champion – only five drivers receive that honour every year.

“Moving forward, we want to ensure that World RX remains the series that brings together the best drivers, the best teams, the best circuits and the best racing, and we have analysed and assessed every single aspect to ensure that ‘Generation Alpha’ rallycross is the very best version of the sport it can possibly be.” 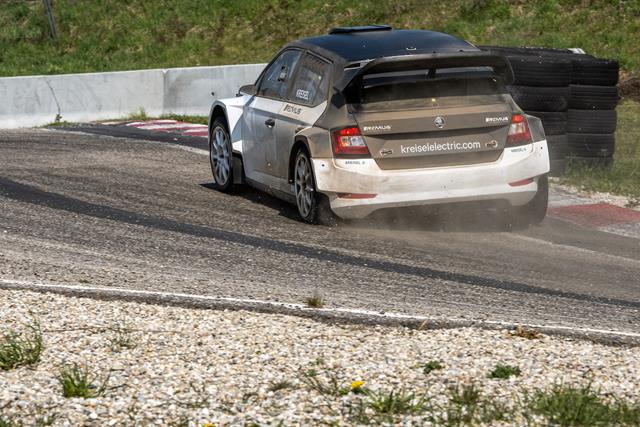