Four-time FIA World Rallycross Champion Johan Kristoffersson has set his sights upon a fifth Drivers’ crown at the pinnacle of the sport this year, following the confirmation that he will return to the fray in a Kristoffersson Motorsport (KMS)-run Volkswagen.

Kristoffersson is the most successful driver in World RX history, clinching his fourth World Championship in dramatic fashion at the Nürburgring last November after overturning a 17-point deficit to pip countryman Timmy Hansen to the spoils on countback.

That achievement came behind the wheel of an Audi S1, but the 33-year-old Swede’s three previous top tier triumphs were all secured in Volkswagen machinery, meaning Kristoffersson will be back in familiar surroundings.

As in its title-winning season in 2020, the team founded by former FIA European Rallycross Championship front-runner and multiple Swedish Champion Tommy Kristoffersson will run under the Volkswagen Dealerteam BAUHAUS banner, in deference to its loyal partner BAUHAUS.

KMS will field three electric VWs during the World Championship’s inaugural electric campaign in 2022, with the precise model and Kristoffersson’s team-mates to be unveiled in due course. Underpinning every car on the grid will be the cutting-edge RX1e kit developed by Austrian firm Kreisel Electric. This will generate greater all-round performance than ever courtesy of 500kW delivered to the twin motors – equivalent to 680bhp – and 880Nm of instant torque at the touch of a pedal, resulting in eye-watering acceleration faster even than Formula 1.

“It’s really inspiring to be part of rallycross’ new electric era right from the outset. The last time we undertook a project on a scale of this kind was in 2014, when we built our own cars for the first season of the World Championship. The big difference is that back then, I was completely inexperienced in rallycross – whereas things are a little different now...

“There are obviously a lot of unknowns when everything is so new. In recent years, we have all followed proven concepts, so the development steps have been comparatively small – but there is much greater potential with these new cars. Electricity is the future for both motorsport and the automotive industry in general, and helping to drive that development is one of the most fascinating aspects of the sport for me. I expect an incredibly tough and competitive season ahead, and I’m excited to get started!”

“This will be the largest project in KMS’ history, with a small family business building and developing three new cars in accordance with a new concept. That clearly comes with great personal responsibility, but we can rely upon a team of extremely skilled individuals as well as a wealth of knowledge and experience from Germany and within our own workshop in Arvika.

“It’s a great privilege to work in such an environment, and at this level, you realise that the more you learn, the more you understand how little you actually know! We are looking forward to putting to use all the lessons we have learned over the years in this exciting new adventure – and to challenging for the world championship under our own steam once again.”

“Johan Kristoffersson is one of the biggest motorsport names Sweden has ever known. Four FIA World Rallycross Championship titles is an outstanding accomplishment, and we wish him all the best now that he is taking the step into the sport’s new electric era – most importantly, with a Volkswagen emblem on the front of his car.” 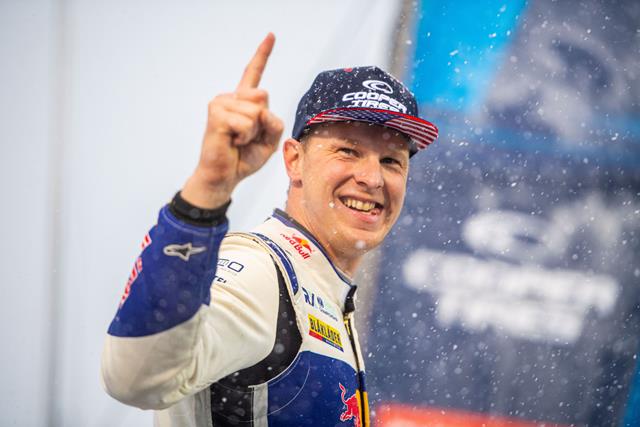