The unique sports business partnership between World RX and Volvo CE continues to break new ground – both physically and metaphorically – as both sides bring their specialist skillsets to the table to make motorsport’s most exciting discipline even more electrifying.

Following a series of workshops on what constitutes the ‘ideal’ rallycross track, World RX drivers Timmy Hansen, Klara Andersson and Niclas Grönholm paid a visit to Volvo CE’s specially-developed ‘Rallycross Test Lab’ in Sweden to put through their paces a selection of dynamic features including steeply-banked turns, chicanes and jumps.

During this test, each track element was carefully evaluated with the objective of producing an even more captivating show for racegoers. Features including 100km/h jumps were described by Andersson – the first permanent female competitor in World RX history – as ‘awesome’ and ‘epic’, while series front-runner Niclas Grönholm predicted ‘multiple racing lines’, ‘full-throttle’ cornering and ‘more overtaking’.

Volvo CE’s machines tweaked and honed each element until it was considered perfect, with no room for compromise, and once signed off by the FIA, the build data was captured in 3D on Volvo CE’s Dig Assist in-cab machine control application. This data can then be programmed into Volvo machines and recreated at new and existing circuits all around the world, reducing the build time of each track considerably while leaving minimal carbon footprint.

This first stage of the journey is proof that World RX and Volvo CE’s partnership is not only about building the future, it is about sustaining the spectacle and continually refining it to ensure both parties remain at the forefront of ground-breaking innovation and sporting entertainment for generations to come.

“Our aim is to create the next generation of thrilling rallycross circuits in the most effective and sustainable way. Our ultimate ambition is to support the build and upgrade of tracks with a zero-carbon footprint, but thanks to the use of our electric equipment and latest low-emission engines running on biofuels, even at the outset we hope to significantly reduce the carbon footprint of each track build.

“This is the perfect platform for us to demonstrate how we can help to transform the construction equipment industry and motorsport to be more sustainable.”

“Ever since announcing Volvo CE as our Official Construction Equipment Supplier, we have been excited to reveal more details about this pioneering alliance. It is a unique relationship that we believe will make a truly tangible difference to the future of the discipline, and a great example of how a progressive, forward-thinking sports business partnership should work.

“From the short time we have been working together so far, it is already very apparent that we share mutual values and a common vision so there is a fantastic story-telling opportunity here. Harnessed the right way, rallycross has tremendous potential, and Volvo CE’s experience and expertise are integral to that journey as we look to build the next generation of circuits together – in so doing, really taking this sensational sport to the next level.” 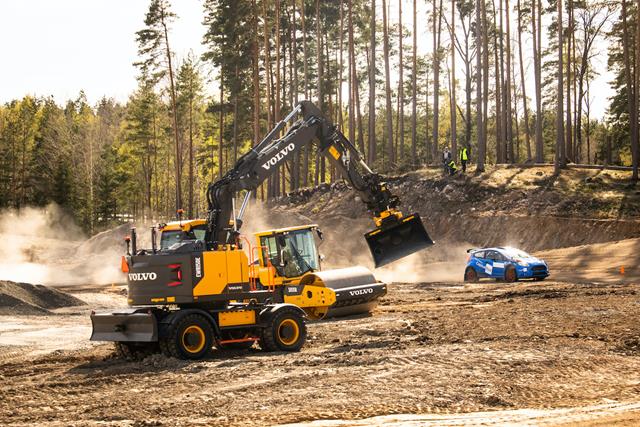 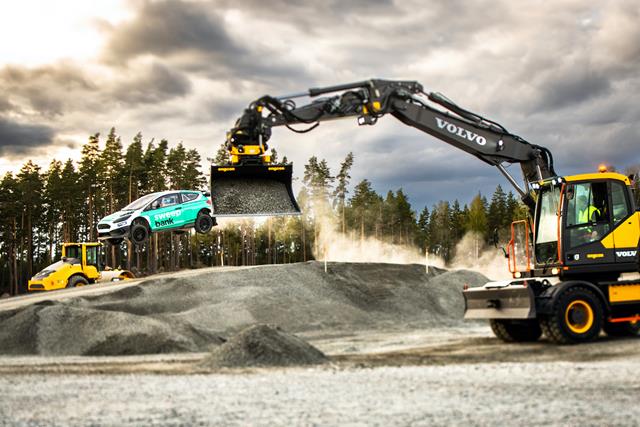