Veiby is well-known in both rallycross and rallying circles. The Norwegian first teamed up with KMS nine years ago, before turning his attentions to rallycross and making four World Championship appearances in 2014 and 2015 – twice advancing to the semi-final stage. He simultaneously excelled in European competition, triumphing in Barcelona in his sophomore season in the headlining Supercar (now Euro RX1) class on his way to third in the title table.

Since then, the Kongsvinger native has predominantly competed in rallying, showcasing his talents with a brace of victories and multiple podiums in the FIA World Rally Championship-supporting WRC2 category, where the former Škoda and Hyundai factory driver has been a consistent front-runner.

Having revived his dormant rallycross career in 2022 – finishing sixth overall in the RallyX Nordic standings – the 26-year-old is now ready to make his full-time World RX debut, as he and Kristoffersson seek to secure the coveted Teams’ crown for Volkswagen Dealerteam BAUHAUS.

Bergström is the son of Ronnie Bergström – a KMS engineer for many seasons in Sweden’s domestic touring car series (STCC). The Stockholm-born teenager only began competing last year – in the second-tier Supercar Lites category in both RallyX Nordic and the Swedish Championship – before stepping up to Supercar level. He joined the Euro RX1 fray for Höljes’ ‘Magic Weekend’ last month, where he missed out on a semi-final berth by barely two seconds in the high-calibre field.

The FIA World Rallycross Championship’s electric era will race into life in Hell next weekend (13/14 August), at Ramudden World RX of Norway.

“I’ve been focussed on rallying for several years now and while I will continue to rally, I think it’s time for a change and it will be interesting to do something new. Rallycross with electric cars just feels right and it’s great to be back with KMS. Our relationship began almost ten years ago, so I know these guys pretty well...

“It’s good to be working alongside Johan again. In my opinion, he is the world’s best driver and there’s no doubt that his experience is worth its weight in gold. He has incredible knowledge in rallycross and together, we have produced a good package that should put us in strong shape for the season ahead and enable us to fight at the front. It’s going to be fun, and there’s obviously also a bit of rivalry between Swedes and Norwegians – so we will do our absolute best to win that battle!”

“To be making my World RX debut is a dream come true. I was a total rallycross rookie last year, but I immediately fell in love with the discipline. I’m under no illusions that I have an extremely tough task ahead of me as the World Championship is the very pinnacle, but I’m keen to gain as much experience as I can and I’m a quick learner. One thing’s for sure – with Johan [Kristoffersson] and Ole Christian [Veiby] alongside me and Tommy [Kristoffersson] at the helm, I have the best teachers I could possibly ask for!”

“It feels great to be able to put three cars on the track as we begin a new chapter in rallycross. It has been a massive project to pull everything together, but we are extremely proud to have done so and it is a genuine privilege to work with Bauhaus, Volkswagen dealers and ex-Volkswagen Motorsport staff. Between us, we have a lot of experience – which I think will be a big advantage – and we all share the same goal.

“World RX’s electric era is opening doors that have until now been closed – there are better opportunities than we have had before. There is clearly still work to do and we know we need to convince the fans, but honestly, I am sure it will be huge, with good battles between very fast drivers, cars and teams.

“Ole Christian first came to us as a 16-year-old wanting to drive in the Clio Cup, but we convinced him that it would be better to drive a Porsche, so he went from 150 horsepower to 450 in an hour! He has a lot of natural ability and was already very good in Euro RX back in 2015. He has been on an extraordinary journey since then and while he is not that old, he has picked up a wealth of experience in many different cars. He and Johan also work together extremely well, which is a very important factor.

“Gustav started from absolute zero last year, but I could see right away that he had a good feeling for the car – he is a promising talent. We will not put any pressure on his shoulders, because he is the new guy on the block and for him, this season is all about developing, but he is young, full of confidence and eager to learn. With Johan, Ole Christian and Gustav on-board, we’re very excited about the future!” 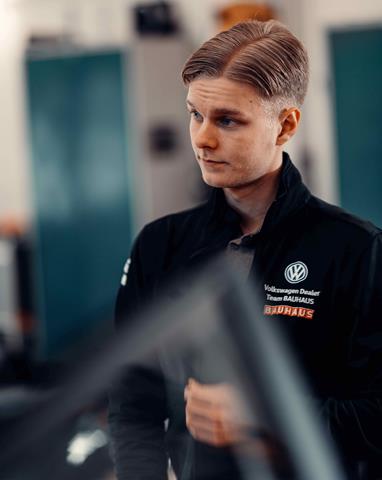 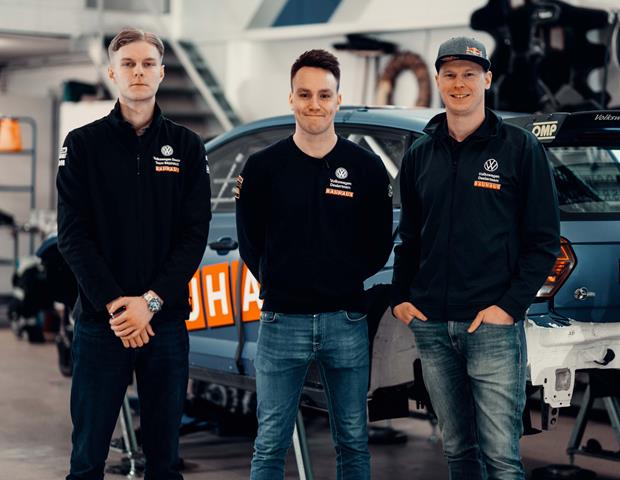 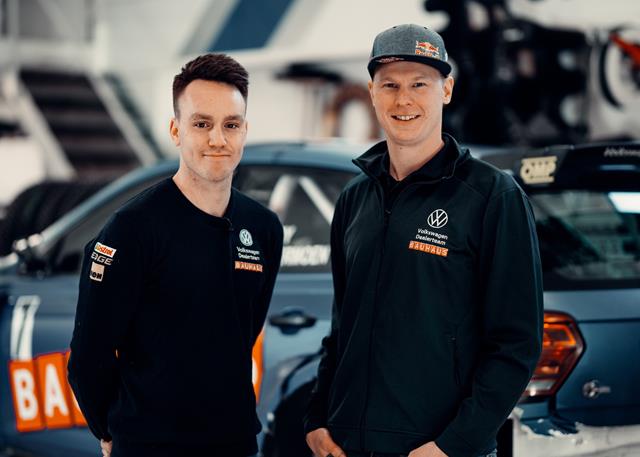 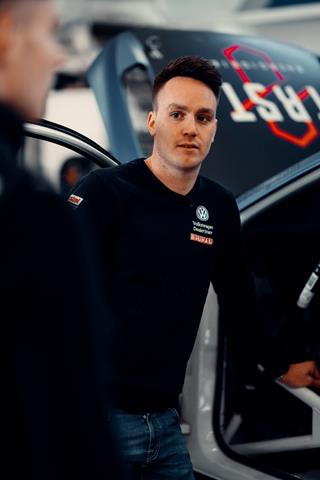