Clive Chapman recently has joined his mother, Hazel, as an Associate Member of the BRD...C, which owns the Silverstone circuit. Clive was invited on stage to present the Colin Chapman trophy, which is awarded annually to an individual – who may be a driver, team owner or engineer - who has shown great team spirit. 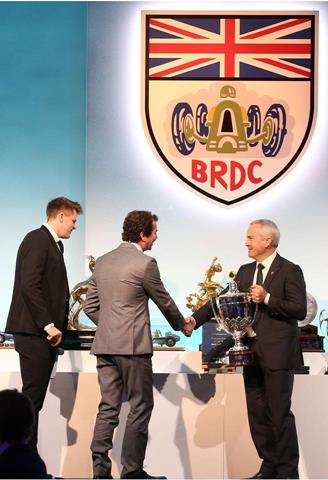