The long summer break is over and the Chevrolet 5.7cc engines are about to restart. Challenge to follow next weekend at the American Fan Fest scheduled on the Hockenheimring (GER).

Montecarlo, September 19th 2019 - The long summer break is over and Alex Caffi Motorsport is preparing to return to the track for the long-awaited appointment scheduled for this weekend at the Hockenheimring (GER) with the semifinals of the Nascar Whelen Euro Series 2019.

The team, coordinated by former Monegasque F1 driver Alex Caffi, will be at the start of the event with a reinforced line-up that is pinker than ever before. In Elite 1, Kenko Miura (JPN) will lead the charge at the wheel of the Chevrolet Camaro #2 with the aim of pursuing second place in the Challenger Trophy. He is currently one step from the podium, in fourth position, with 141 points. The the Ford Mustang #1 will be driven by Michaela Dorcikova (SVK), a determined Slovakian driver with experience both on the track with karts and GT and in rallycross. He will make his debut in the category of powerful American cars.

In Elite 2 confirmed the line-up formed by Thomas Krasonis (GRC), behind the wheel of the Mustang #1, which has already shown an excellent progression over the season and aims to take advantage of every opportunity in the first round with double points. Jesse Vartiainen (FIN) will drive the Camaro #2.

The challenge will be played in the short version of the track. Races will start from the grid also used by Formula 1 to face the braking of the North Kurve and the subsequent Einfahrt Parabolika, where the track detaches itself from the old design used until 2001. Short straight before the Parabolika hairpin that shortens the lap compared to the GP shape and returns to the Mercedes Kurve. Spectacular last stretch at the Motodrom before returning to the straight of the pits.

The Elite 1 program will open on Friday at 9:00 (GMT +2) with the Private Practices and will continue with two free practice sessions at 11:25 and 14:00. Saturday from 10:00 will be live the qualifying and Superpole before the Saturday Race at 13:30. Sunday will open with collective warm-up at 9:00 followed by Sunday Race at 14:15.

For Elite 2 the action will start on Friday with Private Practices at 9:40 followed by two free practice sessions at 12:00 and 14:35. Saturday qualifying and Superpole will be held from 10:30 and race one will start at 17:05. Sunday will open with collective warm-up at 9:00 followed by Sunday Race at 10:50.

For the Elite Club as usual everything will be played in the three 30-minute sessions scheduled on Friday from 16:20.

Both the Facebook page and the official @euronascar Youtube channel will broadcast live streaming of all races with coverage also from Motorsport.tv and Fanschoice.tv.

Alex Caffi - Team Manager:
"There is great motivation from the whole team after this long summer break. Returning to the track gives us a great boost, we are motivated to give our all and certainly will be a weekend to follow. We're happy to have Michaela and Manami onboard, and we will try our best with Kenko, Thomas and Jesse we aiming to confirm what has been good so far. For me it's always a particular emotion coming back to the Hockenheimring. I keep several memories on this track even if unfortunately today it's very different from the version on which I raced in Formula 1, but I'm sure that it will give us an exciting appointment anyway". 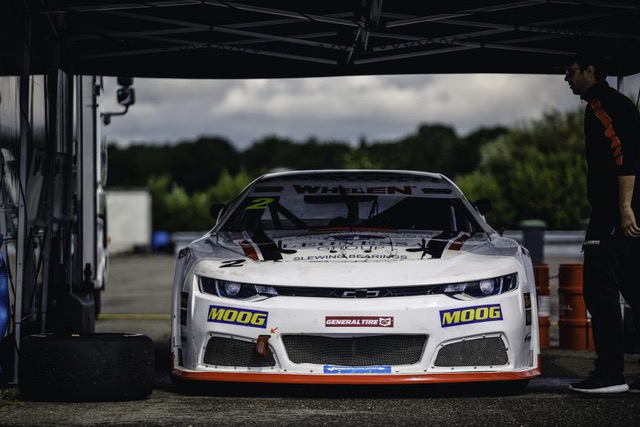