.Cetilar Villorba Corse did it again! Alongside the participation in the next European Le Mans Series, Italian team willtake part alsoin the 2018 24 Hours of Le Mans, second World Endurance Championship round to be held on June 16-17. Their entry in the legendary endurance race was confirmed byACO Le Mans during today's official press conference. After their magic debut in the 2017 edition, when the team led by Raimondo Amadio took an extraordinary ninth place overall (seventh in LMP2), following this announcement the team can successfully continue their “Italian Spirit of Le Mans” project, which will see racing driver Roberto Lacorte in the role of first promoter again.Cetilar Villorba Corseis delighted for the ACO Le Mans decision and the team will enter the #47 Dallara P217 in the LMP2 class with a new livery. This makes Cetilar Villorba Corse the only Italian team among the two prototype categories admitted to the 86th edition of the 24 Hours of Le Mans.

Team Principal Amadiosays; “We are really happy. For us this achievement represents the capitalization of how well we worked inside and outside the racetrack last year and how much we reached in terms of results. We werewell aware of that, so this announcement could somehow be expected, but then, given the 'weight' of the event and the international set that awaits us, it is always a big emotion to be confirmedin the selection for the 24 Hours of Le Mans. From now on we have to givemaximum effort to confirm what we were able to prove last season”. 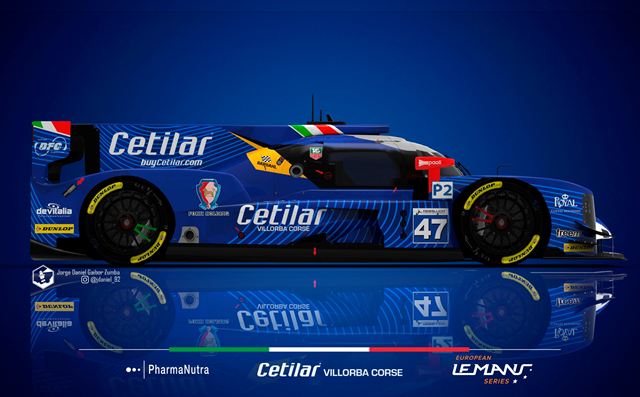