Here’s a recap of some of the latest developments in the WTCR – FIA World Touring Car Cup presented by OSCARO.

NO NINGBO KNOW-HOW NO PROBLEM FOR WTCR’S MONTEIROTiago Monteiro is confident his lack of Ningbo knowledge won’t hold him back when the WTCR – FIA World Touring Car Cup presented by OSCARO resumes in China this week. Monteiro, the winner of the last round in Portugal prior to the summer break, has never raced at the 4.010-kilometre Ningbo International Speedpark, missing out in 2017 and 2018 through injury and recovery respectively. Click for full story.HOME HERO MA REVEALS WTCR PRESSURE PLAN IN CHINAMa Qinghua has revealed how he plans to handle the pressure of racing at home in the WTCR – FIA World Touring Car Cup presented by OSCARO. The history-making Chinese driver will be among the contenders for victory at the Ningbo International Speedpark for the Alfa Romeo-powered Team Mulsanne this weekend. Click for Q&A.WTCR RACE OF CHINA RESOURCE REFRESHERMedia reporting on WTCR Race of China, the start of part two of the 2019 WTCR – FIA World Touring Car Cup presented by OSCARO, can find all the essential event information by visiting the WTCR media site, available by clicking here.CORONEL CONFIDENT OF FORM TRANSFER AT WTCR RACE OF CHINATom Coronel is confident he can transfer his strong recent form in TCR Europe to the WTCR – FIA World Touring Car Cup presented by OSCARO when the series resumes at WTCR Race of China. Coronel finished runner-up in both TCR Europe races at Oschersleben in Germany last month driving a Boutsen Ginion Racing Honda Civic Type R TCR. Although he faces the task of switching back from Honda to CUPRA power for the Ningbo International Speedpark triple-header from 13-15 September, the Dutchman believes he has what it takes to emulate his TCR Europe achievements in the top tier WTCR / OSCARO. Click for full story.SIX FROM SIX IN ESPORTS WTCR OSCARO AS WISNIEWSKI, HASSE WINThe highly-competitive nature of the Esports WTCR OSCARO Multiplayer Championship was again underlined when Poland’s Nikodem Wisniewski and Germany’s Florian Hasse shared the wins at a virtual Zandvoort on Sunday evening, the fifth and sixth different winners in six online races this season. Click for full story.LANGEVELD FAST BUT OUT OF LUCK IN ESPORTS WTCR OSCARONiels Langeveld’s Esports WTCR OSCARO third server races at Zandvoort were a mixed affair. After taking pole by more than one tenth of a second ahead of CUPRA driver Jesper Eriksson, the Dutchman, a racer for real with Comtoyou Team Audi Sport in the WTCR – FIA World Touring Car Cup presented by OSCARO, led initially. Click for full story.YOU DON’T STOP WHEN MOTORSPORT IS IN YOUR BLOOD: BJORK’S WTCR FAST FIVELynk & Co-powered racer Thed Björk wants to remain in motorsport for as long as possible, number 11 is his number for the future, mentral trigger points are key, while Ronnie Petersen and Ayrton Senna inspired him in the past. Click here for Thed Björk’s WTCR Fast Five 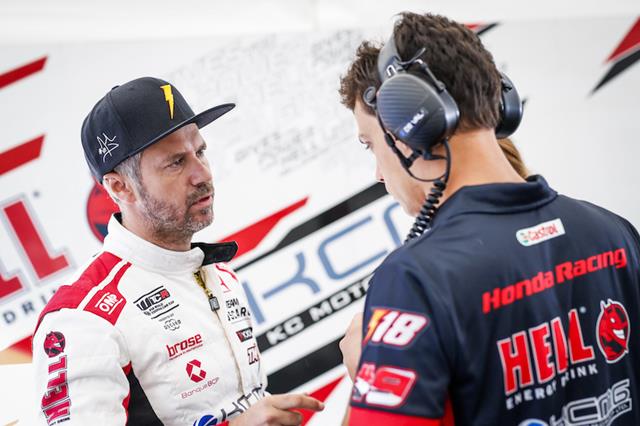