Television broadcast time for the FIA World Rally Championship soared to record levels in 2018 on the back of the closest title battle in years.

Despite the adverse impact of February’s Olympic Winter Games and football’s World Cup in June and July 2018, the WRC’s global TV audience topped 800 million for a second year.

Nielsen’s figures show 823.79 million people watched the championship on television last season, a rise of 36 per cent compared to 2013, when WRC Promoter took ownership of the series’ commercial rights.

“In recent seasons WRC fans have enjoyed unpredictability and excitement which has generated fantastic battles for rally wins and titles, and these positive audience figures reflect that,” he said.

“Changes to the competition format, including revisions to the start order and an attractive Power Stage format, with extra bonus points available, have helped raise fan interest to new levels.

“Competition with the new-generation World Rally Cars has been closer than ever. Five different drivers won rallies last season and each of our four manufacturer teams won at least once.”

Monte-Carlo, Spain and Australia were the most watched rallies in 2018. The high-profile opening round in Monaco is a traditional audience peak of the season, but figures spiked again at the final two fixtures as the intriguing title battle came to its thrilling climax.

France, Poland, Belgium, Finland, Spain and Japan were the top six TV markets. Turkey, which hosted a championship round for the first time since 2010, immediately vaulted into the top 10.

Ciesla also pointed to the positive impact of live coverage on broadcast time.

“Since 2014 the live programmes produced for TV have doubled to 50 hours. In the same period, the total number of programme hours offered to WRC broadcast partners has increased by 38 per cent to 85 hours,” he added.

Nielsen’s figures also showed increased benefits to the car manufacturers involved in the WRC. For the first time they each enjoyed a media value of more than €100 million. The average media value to WRC’s manufacturers has risen by 70 per cent in five years.

Nielsen also reported strong digital and social media figures. There were more than 105 million video views on WRC’s official platforms and more than 1.3 billion online impressions in 2018. The number of followers on the WRC’s digital platforms topped 10 million people. 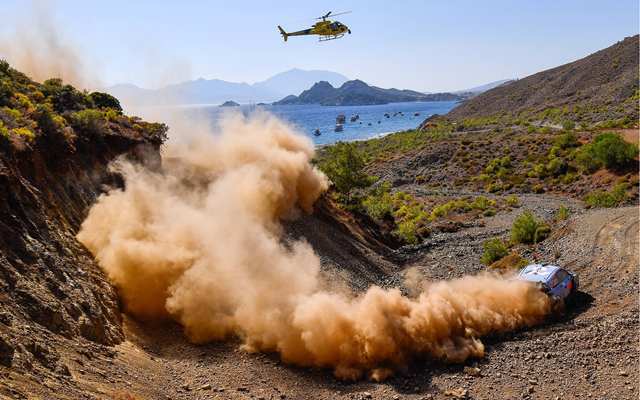